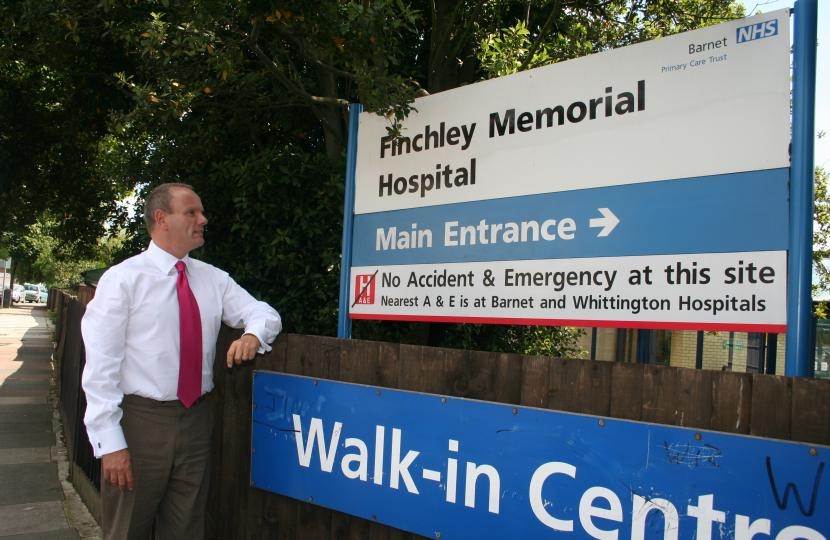 In March 2016 the Chief Executive of the Royal Free NHS Foundation Trust confirmed that the placement of a purpose built static Breast Screen Unit had been agreed in principle.

At the end of January 2018, I received a letter from Kay Matthews, the Chief Operating Officer, and Dr Debbie Frost, the Chair of the NHS Barnet Clinical Commissioning Group (CCG) confirming that agreements had been reached to proceed with opening a static Breast Screening Unit at Finchley Memorial Hospital. According to the CCG, works will start very soon with the unit opening its doors in June 2018.

This has been a local priority for me for some time and I am very pleased it has now been given the go-ahead.

I am particularly pleased that Barnet CCG are moving quickly to get this built and opened by the summer. It will be a real benefit to the thousands of local women that the hospital serves and will provide a vital, life-saving service in a new purpose-built facility.

I would like to thank Barnet CCG and the Royal Free London NHS Foundation Trust for reaching this important agreement.