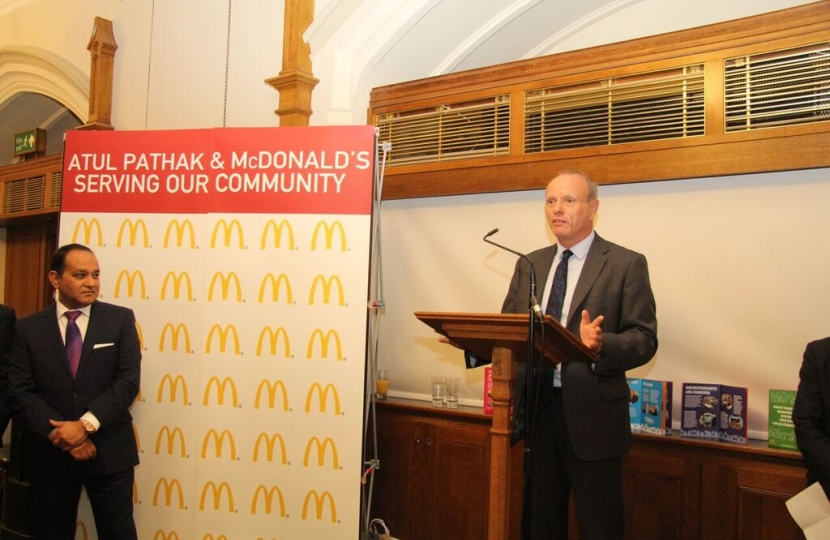 The awards were set up by Mr Pathak in an effort to recognise the work undertaken by organisations in the local community to contribute and make a difference to their local communities.

There were ten awards given to community groups from across London and Berkshire as well as a donation to help fund a particular project and a ‘partnership pledge’, which will provide support from the Appt Corporation run by Mr Pathak.

Commenting on the event, Mr Freer said: “I was glad to be able to assist Atul and the Appt Corporation in what has become a greatly anticipated annual event.

He continued, “I look forward to continuing my support when nominations open for the 2017 awards in the New Year.”