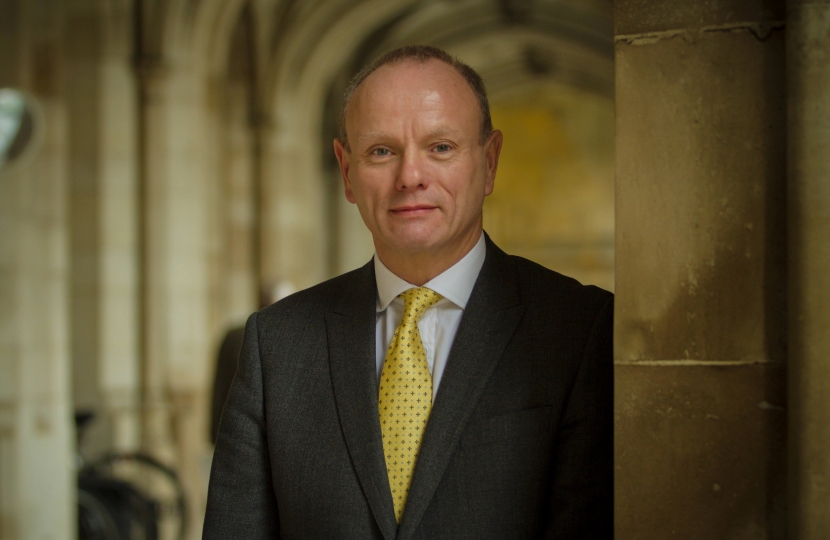 I have received a large volume of emails about the decision to trigger Article 50 which formally starts the process of leaving the EU. I campaigned for Remain in the referendum. I delivered leaflets, spoke to as many residents as I could and ran street stalls for the Remain campaign. I argued, I voted but I ‘lost’. People argue that a majority of the electorate didn’t vote to Leave. That is mendacious. When we go out to vote we know that in our democracy the majority prevails. If we choose not to vote we do so in the knowledge that the majority of those who do vote, prevails. That is the fundamental tenet of our democracy. It is worth remembering that the turnout was the highest of any vote since 1992.

Every politician I know, from every political party said that they would abide by the result. The manifesto I stood on in 2015 said: "We will hold that in-out referendum before the end of 2017 and respect the outcome". The official leaflet on behalf of the Government clearly stated that the decision was for the people to make and that the result would be implemented. The referendum result might not be legally binding but, it is certainly morally binding. Imagine what it would do to confidence in our democracy if, having got a result most of us didn’t want, MPs now say, “The referendum was only advisory and we’ve decided to ignore your advice”. This was a national decision and we all need to accept the result just as we would all accept the result of a General Election even if our own constituency didn’t vote for the winner.

Was the margin of the Leave win too small? The margin in percentage and in the quantum was significant. Did the Leave campaign make misleading claims during the referendum campaign?  It’s true that some of the things Leave said have not happened; the same could be said of some of the things Remain said too, but that’s the nature of a referendum or indeed any election. Both sides make their claims and dispute the counter arguments. We as the voters have to decide who we think is right.

The referendum and its aftermath have inevitably been divisive. The right thing to do now is to get on with implementing the decision the country has made but to do so in a way that brings us back together. The Prime Minister has said:

“When I sit around the negotiating table in Europe this year, it will be with…the knowledge that I am there to get the right deal - not just for those who voted to Leave, but for every single person in this country”.

Personally I will continue to argue for any deal to allow us to retain access to the single market on the best terms possible; free movement of the citizens of Europe to take up jobs. Importantly I want to see EU citizens in the UK given the same rights as they have now and the same for Britons in the EU. It is disappointing that the offer Theresa May made to EU leaders to do a deal on EU/British citizens now, immediately was rebuffed.

My overriding concern is to protect our democracy. Ignoring the legitimate votes of the electorate would only allow extreme groups to capitalise on those who believe politicians do what they want irrespective of the votes. Trump, Le Pen, Golden Dawn, Germany’s AFG feed on the disaffected. Our democracy is too precious to undermine it because we didn’t get the result we wanted.