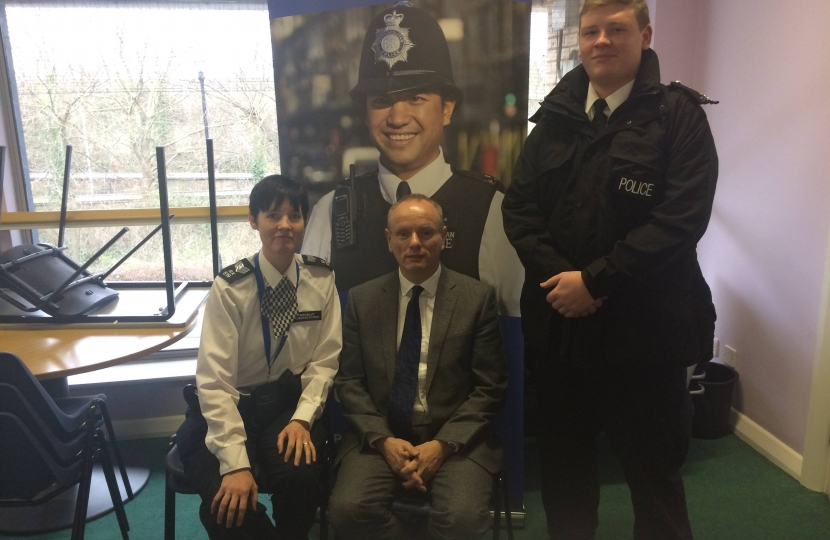 On Monday 7 March, I met with a young constituent who had arranged to attend a debate in the House of Commons.  On Wednesday I was taken down to view the basement of the Palace of Westminster. Interestingly, the tiles that cover the basement walls, which to you and I are look like ordinary bathroom tiles, are grade II listed and the grouting is full of asbestos. This means that each tile has to be removed individually – by hand! The tour opened my eyes to the size of the task ahead when it comes to renovating the Palace and why MPs are likely to be moved out whilst these works are carried out. That night I hosted another of my Evening in Westminster events where constituents were invited into Parliament for a glass of wine, or soft drink, and a tour of the Palace of Westminster.

On Thursday I met with Karen Bradley MP, the Minister appointed to lead on the review into the medical implications of using poppers. I am pleased to say that following a report published by the Advisory Council on the Misuse of Drugs (ACMD), it was concluded that poppers do not fall within the scope of the current definition of a “psychoactive substance”. Therefore poppers will be exempt from the ban on psychoactive substances which became law in January 2016. In my mind, common sense has prevailed. On Friday I headed out in the bus to East Finchley to offer constituents the opportunity to discuss – face-to-face – any issues affecting them. This was followed by an office based advice surgery. I ended the day week with a meeting regarding the effectiveness of MRI referrals in Barnet. Over the weekend I made visits around the constituency to see for myself several issues raised by constituents as well as home visits to discuss problems. Throughout the week I attend debates, support the Leader of the House of Commons and handle a large amount of correspondence on a wide range of subjects.

Weekend over, I started Monday 14 March with an early breakfast meeting with the Leader of the Council to discuss the most pressing issues facing the local area including housing and school places. That afternoon in Westminster, I took two local residents who had won a raffle prize for tea in the Pugin Room, before taking them to the public gallery of the Commons.

On Wednesday I gave a tour to some members of the Israel Defence Forces (IDF). Wednesday was also a big day in the political calendar because it was Budget day. This was the Chancellor, George Osborne’s, eighth budget since becoming Chancellor in 2010. He reaffirmed his commitment to deliver a budget surplus by 2020 and announced a number measures to support the economy to continue to grow over the next parliament. You can read further details of the announcements made here.

I started Friday with my 4th annual Apprenticeship and Jobs Fayre which saw more stall holders attend than ever before – over 25! One young teenager who attended on the day had achieved a NVQ Level 3 Electrical Installation certificate but was struggling to find a place on a suitable apprenticeship training programme. Thanks to the advice offered at the fayre he left determined and better informed of how to get where he wanted to be. This was just one example of how worthwhile the event was. Later that afternoon I met with Highways Engineers to discuss residents’ concerns over traffic at the Squires Lane/ Long Lane junction. Over the weekend I undertook a number of site meetings and home visits, including meeting local councillors to discuss the proposed measures that are set to be trialled at the Vale to reduce the disruption caused by heavy congestion of HGV vehicles in this area.