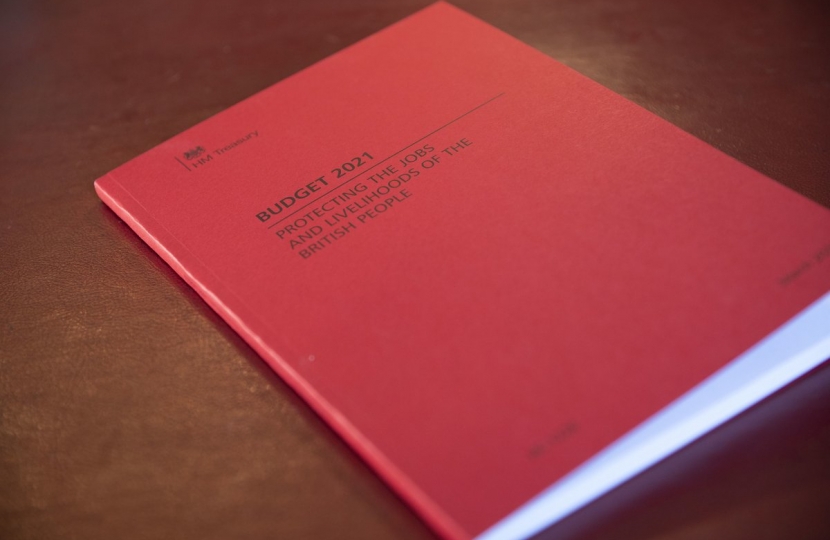 Today, the Chancellor has announced a Budget that protects the jobs and livelihoods of the British people. One year ago, the Government promised the British people that it would do whatever it takes to provide security and stability. They are delivering on that promise, providing £407 billion of support for families, jobs and businesses – which is more than almost any other country in the world.

This Budget protects the jobs and livelihoods of the British people in three parts: supporting people and businesses through this moment of crisis, beginning to fix the public finances with a fair and honest plan about how to do so, as well as building our future economy.

As part of this package, the following announcements have been made:

The measures mentioned above are excellent news for businesses, employees, and families - providing certainty and security. The Government has confirmed that it will continue to support families and businesses as we come out of the pandemic and begin to recover our economy.

The wider Budget continues to provide unprecedented support through the current crisis, while sets out a path for fixing the public finances and ensures a route to build our future economy.

You can see the full announcements on Gov.uk here: https://www.gov.uk/government/topical-events/budget-2021.

Due to the discovery of the South African Coronavirus variant in N3, surge testing will begin on Thursday 15th April, with door to door testing being offered to a number of household.