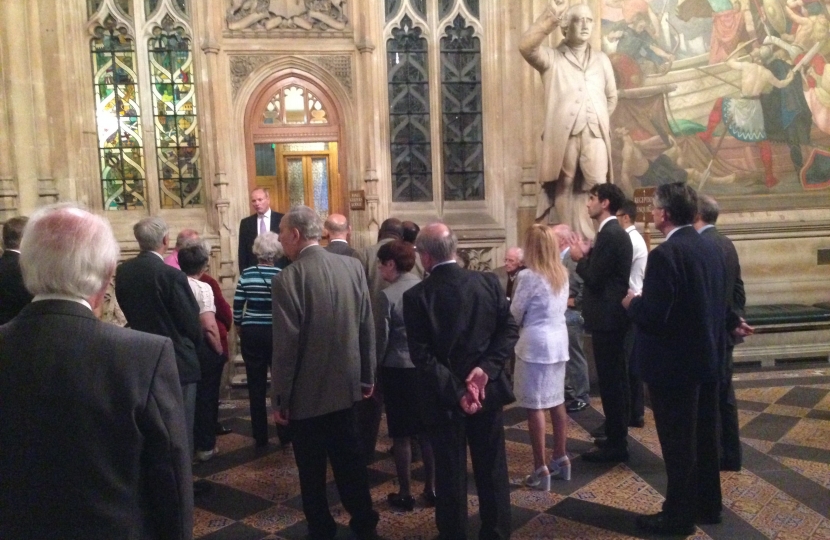 The charity started as a Dementia Café first setup by Cllr Lisa Rutter who served as Mayor between 2011 and 2012. The café offered dementia sufferers and their friends and carers a calm neutral environment where they could interact with other people affected by dementia.

After the success of the Alzheimer’s Society Dementia Café, Lisa setup the Dementia Club UK. Lisa is now running 3 Dementia clubs across Barnet and is planning on opening a 4th café in the near future.

The café is a means to raise awareness about dementia, but more importantly have a positive and noticeable impact on people’s lives.

Since handing in her chain of office, Cllr Lisa Rutter has carried on working directly with the charity and now serves as 1 of 4 Trustees for the Dementia Club.

The event held in the Jubilee Room, included entertainment from a professional Baritone singer, Mr Geoffrey Horton and his pianist.

Guests were also provided with a light buffet dinner followed by a tour of the Palace of Westminster by Mike Freer MP. All money raised on the evening goes towards supporting the work of the Dementia Café.

Commenting on the evening’s events, Mr Freer said: “It was a pleasure to host the Dementia Club UK in the Jubilee Room for what is an extremely worthwhile cause.

“Dementia is an incredibly difficult disease for families of loved ones to experience, both emotionally but also in terms of the requirements necessary for their care."

He continued: “Having a local community café where carers, friends and relatives can go and share their experiences with other people going through the same thing, is an excellent way to put aside the trauma associated with dementia and enjoy time with your nearest and dearest.”

“Cllr Rutter deserves credit for the work she put in setting up the Dementia Café, and I am pleased the current Mayor, Cllr David Longstaff, has decided to contribute to the work being done by adopting Dementia Café as his chosen Mayor’s Charity.”