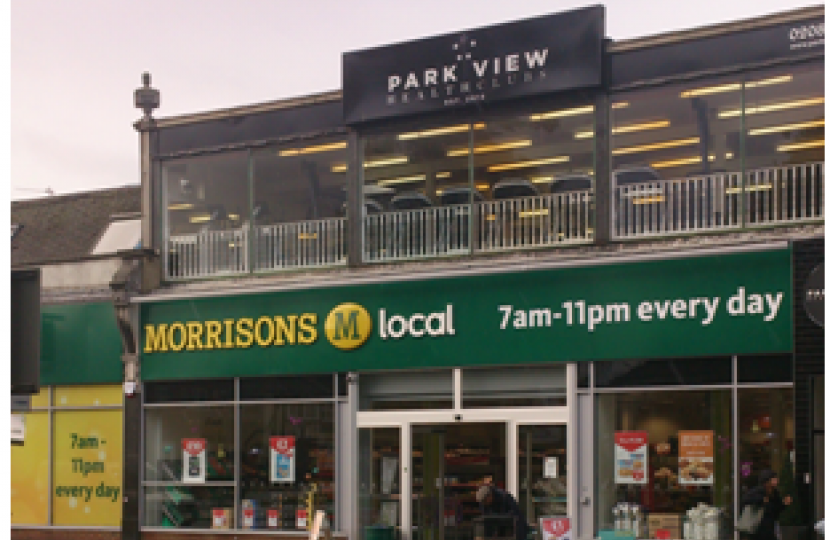 Mike Freer celebrated another local campaigning victory following the announcement Morrisons Local would reduce noise pollution from their new Ballards Lane store. Mike Freer and Barnet Council campaigned for Morrisons to reduce the noise which was affecting the residents of Wentworth Lodge which backs onto the store.

Mike Freer commented: “I’m pleased that Morrisons have listened to the concerns of local people who were affected by noise from the new store. The replacement fans will mean much less noise is emitted and residents can again enjoy their garden”.

Morrisons have replaced the air conditioning units at the rear of the store and fitted an acoustic screen which will ensure that noise emitted is compliant with planning laws. The Council have promised Mike Freer they will undertake a noise survey later in the year to ensure Morrisons implement the promised changes in full.