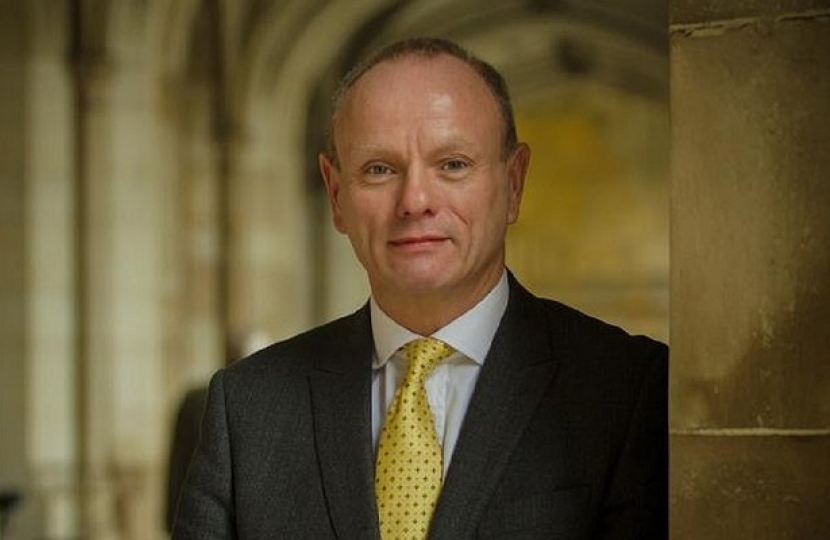 The Government has decided to disengage with the National Union of Students (NUS) following a recent spate of allegations of antisemitism within the organisation.

This disengagement will consist of the NUS being removed from all Department for Education groups and replaced with alternative representation to ensure all students’ views are reflected fairly in conversations about higher education. The Department has asked arm's length bodies, including the Office for Students, to take similar action, and has also confirmed that the NUS will receive no further government funding whilst the disengagement is in effect.

I, for one, welcome this decision by the Department. These allegations of antisemitism, which have been well-documented and span several years, have prompted a feeling of insecurity amongst Jewish students across the country, as well as worries that systemic antisemitism within the NUS is not currently being properly addressed.

I have been aware of issues of antisemitism on university campuses for a long time from emails and other correspondence I have received from concerned constituents. The failure of many universities to adopt parts – if any -- of the International Holocaust Remembrance Alliance’s definition of antisemitism is something that has been particularly concerning and serves as a worrying indicator of the prevalence of anti-Jewish attitudes in our academic spaces.

The government has looked to actively encourage the adoption of the definition by higher education providers. The Education Secretary the Rt Hon. Nadhim Zahawi and Minister for Higher Education the Rt Hon. Michele Donelan have sought to promote uptake based on the view that Jewish students should feel safe in the knowledge that the academic institutions they call home are safe places to live and study. I must pay tribute to the hundreds of my constituents who have advocated for universities to adopt this definition. The number of institutions who have adopted it has, consequently, more than tripled from 28 to 95 since 2020.

These efforts comprise just one part of the Department’s broader strategy to tackle antisemitism in higher education. Earlier this year, for instance, the Education Secretary hosted an antisemitism summit which brought together vice chancellors, university representatives and Jewish rights groups to discuss measures and commitments that can be taken to ensure Jewish students and staff feel safe in higher education.

On the NUS disengagement, the Education Secretary was entirely right in his remarks that “Jewish students need to have confidence that (the NUS) represents them, and we need to be sure that the student bodies that we engage with are speaking fairly for all students”. I also fully agree with the Minister for Higher Education’s assertions that “antisemitism must be stamped out of the sector”, and that “decisive and effective action in response to these repeated allegations of anti-Semitic behaviour” is needed.

It should be noted that the government’s disengagement with the NUS is on a temporary basis, and that the relationship can be re-established if the union can demonstrate that it has taken substantive action to address issues of antisemitism within their organisation. It is encouraging that the NUS has shown a willingness to respond to concerns expressed by ministers, including beginning to kickstart a process of independent investigations. But further action must be taken to fully address these allegations of antisemitism across the higher education sector.

Ultimately, the current environment for Jewish students in higher education is not fit for purpose, and significant changes must be made to address what is an entirely intolerable situation. University campuses should be forums for the free exchange of ideas, where students from all backgrounds can come together to learn from their teachers and from one another. Their foundations should be the tenets of mutual respect and understanding, not ignorance and intolerance. Certainly, they should not be places where hateful ideas and speech can ferment, and where students are threatened by staff and students alike because of their faith.

This is the reality that Jewish students are facing today in higher education, even from within the organisation that claims to represent their interests. That is unacceptable. It is imperative, therefore, that the NUS take meaningful action to stamp out the blight of antisemitism within its organisation and make it a safe place for its Jewish members.