Henlys Corner work to be speeded up to cut congestion 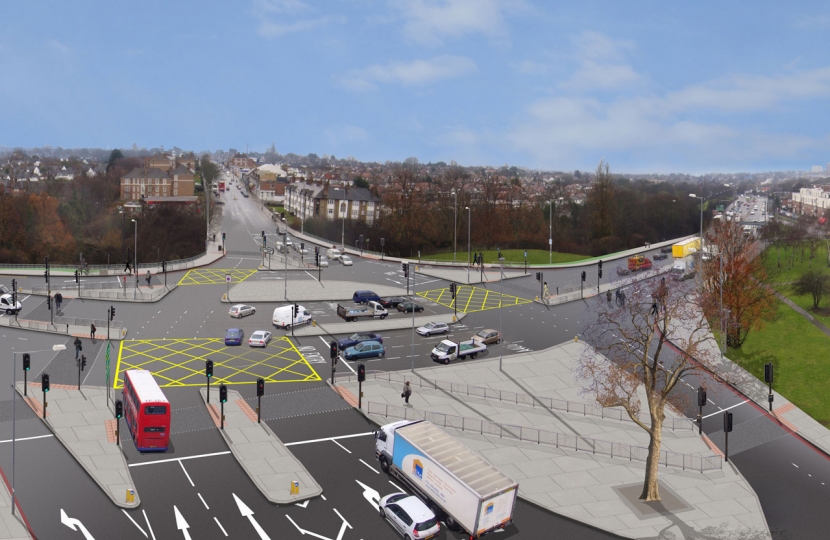 The contractor upgrading the junction will extend their working hours, increasing the amount of work carried out at night, and additional lanes will be opened to traffic during peak hours.  This extra investment will see the job completed faster and cut rush hour delays by up to 45%.

The upgrade was widely welcomed but significant traffic delays, particularly during the morning and evening rush hour, have become a daily occurrence.  The improvements will see new right turn filter lanes installed on most arms of the junction, which will help improve traffic flow for motorists through the area. New signal controlled crossings will also be installed, making crossing the road easier for pedestrians and cyclists.

Speaking from his constituency office in Finchley, Mike Freer MP said, “This upgrade is essential and was never going to be easy, but the works have caused daily misery for drivers.  I’m delighted TfL has decided to put extra money to speed things up, whilst assuring local residents that they will be protected from noise at night.”

To speed up the work the following will take place: