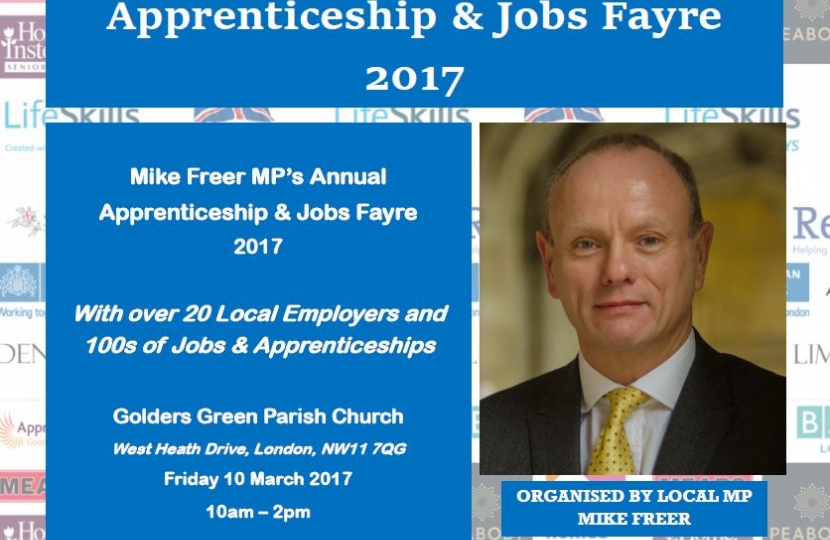 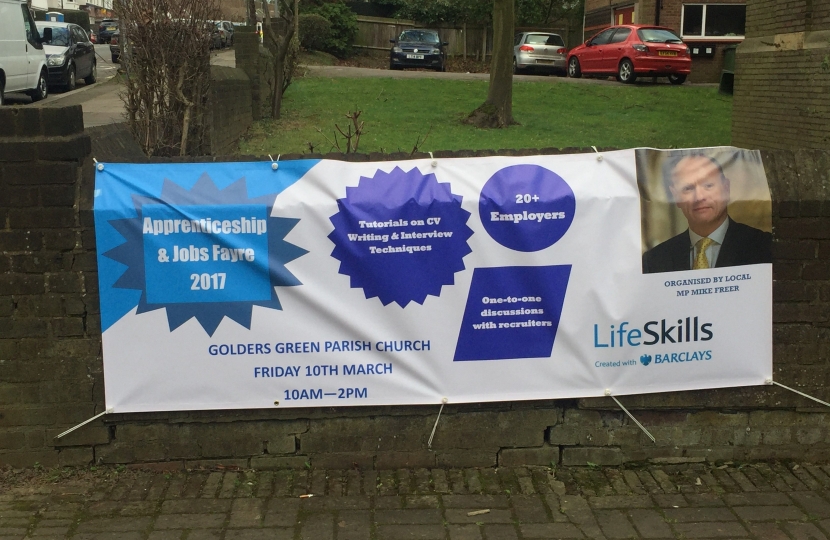 Mr Freer held his first Fayre in 2013, only a year after the UK came out of recession. That year the total number of people unemployed in the UK stood at 2.53 million.

Today the figure is 1.6 million, with a record 31.84 million people in work, according to the Office for National Statistics.

In 2010 the number of people claiming Job Seekers Allowance – the measure by which unemployment is calculated – was 3.9% of the total working age population. Today the figure is 1.8%.

Stall holders at this year’s fayre include Waitrose, B&Q, the Metropolitan Police, Peabody, Premier Inn, Barnet Council, Barnet Homes, Home Instead, the Apprenticeship Service, the British Army and many more.

Schools from across Mr Freer’s constituency have been invited to attend, which it is hoped will give those either looking for part time work or a future apprenticeship, the big break they’ve been looking for.

Commenting on the fayre, Mr Freer said: “The Fayre has been a great success since I ran the first one back in 2013. So often people applying for jobs or apprenticeships are communicating with potential employers through a computer screen. At the fayre, those attending will instead be able to have one-to-one conversations with professionals from a variety of careers.”

He added, “In previous years, attendees have found the experience worthwhile simply because they were able to gain valuable advice about future career paths, and I am hoping this year will be as successful as the four last events.”

For any further information please contact, Liam Walpole either via email at liam.walpole@parliament.uk or by phone on 0207 219 2690