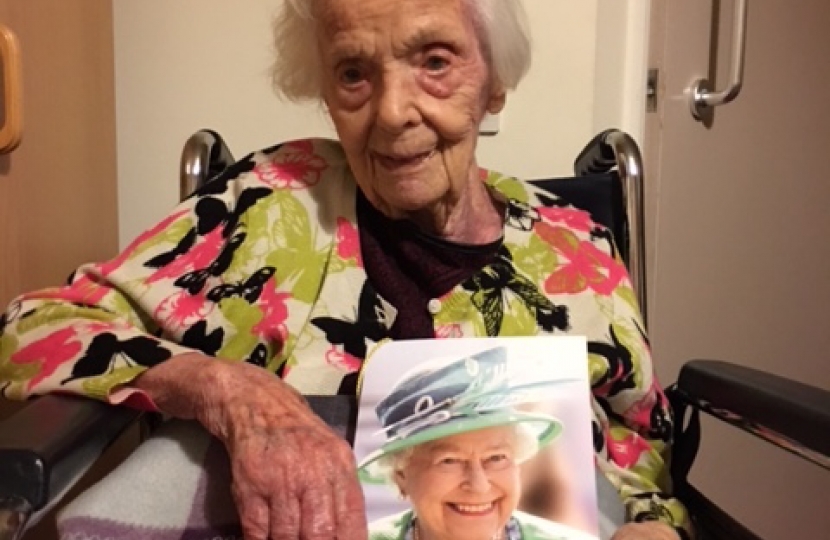 Last month, Finchley & Golders Green resident, Edna Pigg, celebrated her 100th birthday. Born in 1916, Ms Pigg has lived through two World Wars and many other significant events of the 20th and 21st centuries, including votes for women, the first elected Labour Government, the 1948 Olympic Games in London, the coronation of Queen Elizabeth II, the assassination of John F. Kennedy, England winning the football World Cup in 1966, the moon landings, Concorde’s maiden flight, decimalised currency, Britain’s first woman Prime Minister, the invention of the World Wide Web, the opening of the Channel Tunnel connecting London and Paris, Britain celebrating the Queen’s Diamond Jubilee and London playing host to the 2012 Olympic Games.

The tradition of delivering congratulatory messages marking 100th birthdays began in 1917 and is arranged by the Anniversaries Office at Buckingham Palace. Cards are sent to those who are celebrating their 100th and 105th birthday and every year after that. Other recipients of personalised cards from The Queen include those celebrating their 60th, 65th and 70th wedding anniversaries.

Commenting on Edna Pigg’s 100th birthday, Mr Freer said, “I would like to congratulate Edna on reaching 100 this year. We have much to be thankful for people like Edna; she was born into a generation of women who stood up for social justice and gender equality in the workplace and across society more generally.

“In this country celebrating 100th birthdays has become a symbol of national pride, as much as it is a personal celebration for the individual and their friends and family. I know from what her daughter has told me that Edna and the whole family enjoyed this very special occasion.”