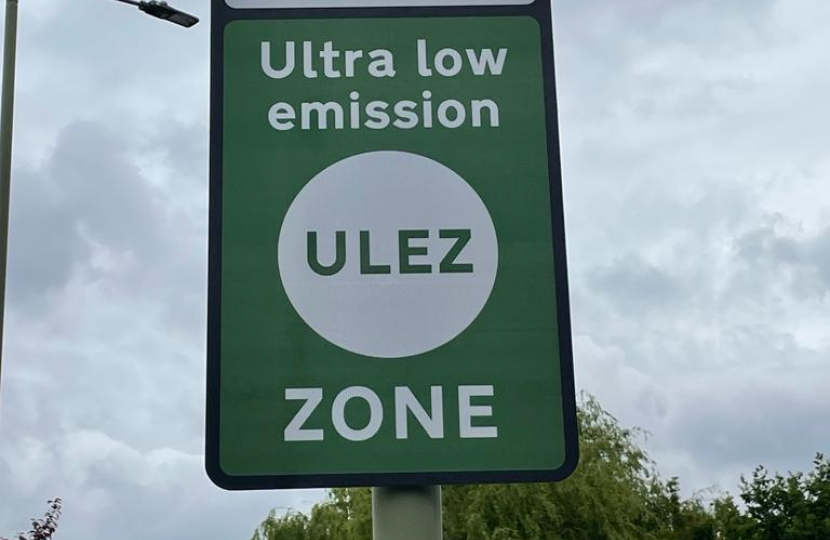 The Mayor of London has launched a consultation on plans to expand London’s ULEZ zone to cover the whole of London. This would extend the schemes boundary from the North and South Circular roads to the whole of Greater London – starting from August 2023. Any vehicle that didn’t comply would be charged £12.50 a day to enter Greater London.

This is just the latest plan on Mayor Khan’s assault on car users – following on from his extension in both time and price of the Congestion Charge.

This would have a disproportionate effect on our local community – forcing people who own older vehicles to either pay high daily charges or get a new car – when times are particularly hard with the cost of living. The Mayor has already increased the tax burden on Londoners and is now intending to do so again.

I will be writing to Mayor Khan and responding to the consultation – and would encourage constituents to express their views. The consultation can be found here.

It would also be appreciated if you could take the time to fill out the short survey below - so that I can be sure of the views of my constituents.