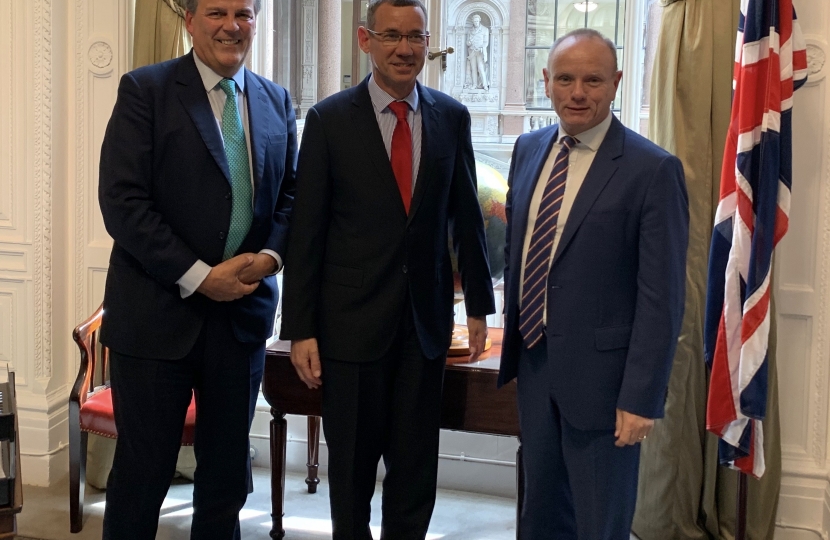 In his role as a Government Whip, in particular Foreign Office Whip, Mike Freer MP had the opportunity to attend a meeting between Foreign Office Minister of State, The Rt Hon Mark Field MP, and Ambassador of Israel to the United Kingdom, His Excellency Mark Regev.

Following the meeting, Mike Freer MP said, “It was extremely reassuring to see many important matters of mutual interest discussed including trade, security and the UK’s commitment to a two-state solution. Not only were the areas of agreement discussed, but the areas of disagreement between our two nations.”