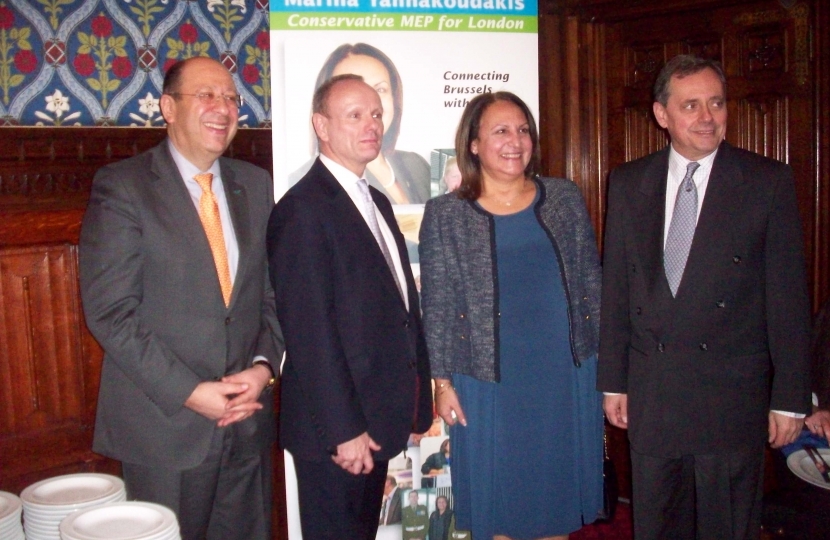 Mike Freer and Marina Yannakoudakis this week hosted the Greek Ambassador to Britain, Konstantinos Bikas, and Cypriot High Commissioner, Euripides  Evriviades, at a reception in Parliament. The event sought to build on the already strong ties between Greece, Cyprus and Greek-speaking communities in London.

Mike Freer commented “It is a pleasure to welcome the Greek Ambassador and Cypriot High Commissioner to Parliament. There is a great deal our three countries cooperate together on which benefits the large Greek-speaking community in Barnet and the UK as a whole. I look forward to helping forge even stronger ties between us in the future”.

The evening was attended by around 50 guests who received speeches from Mike Freer, Marina Yannakoudakis and the respective Greek and Cypriot dignitaries. Mike Freer is a strong supporter of Cyprus and recently attended the annual Morphou Rally where he reaffirmed his support for displaced Greek-Cypriots.