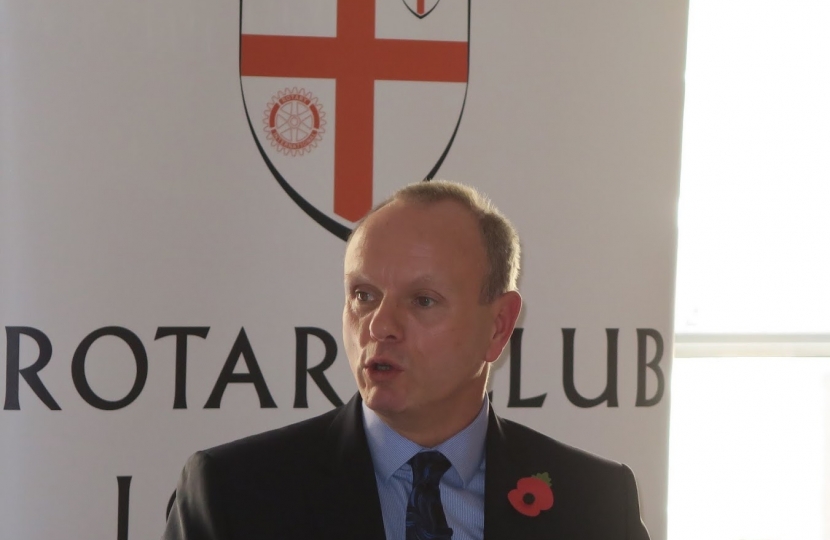 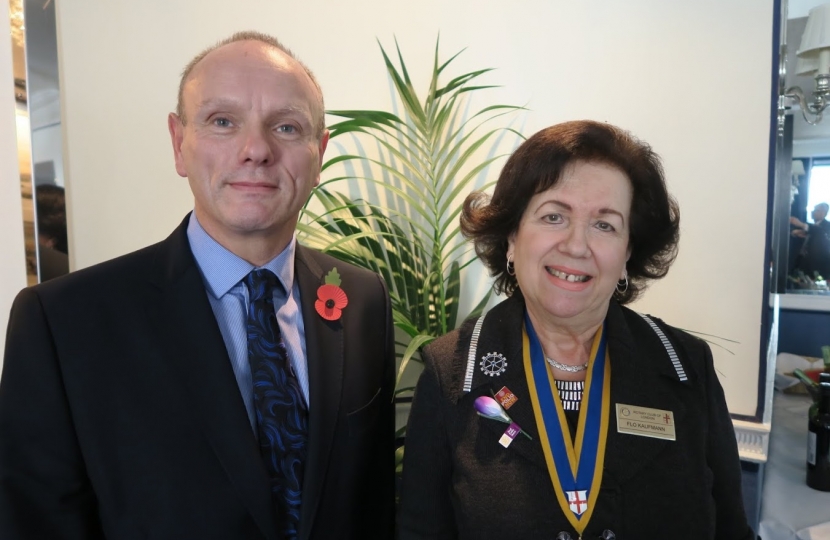 Mike Freer MP was invited to speak at The Chesterfield Hotel on Monday 31st October, at a lunch for members of the Rotary Club of London.

The Rotary Club of London was founded in 1911, the London Club was one of four clubs founded in the UK in the same year. The others were setup in Dublin, Manchester and Belfast.

The membership of the club ranges from representatives from all the major political parties, diplomats, multi-faith leaders and figures from the arts, business and academia.

The North London MP was invited to speak at the club by the President, Flo Kaufmann. His chosen topic was the role of All-Party Parliamentary Groups within Westminster, with a particular focus on the APPG he co-chairs, the APPG on HIV/AIDS.