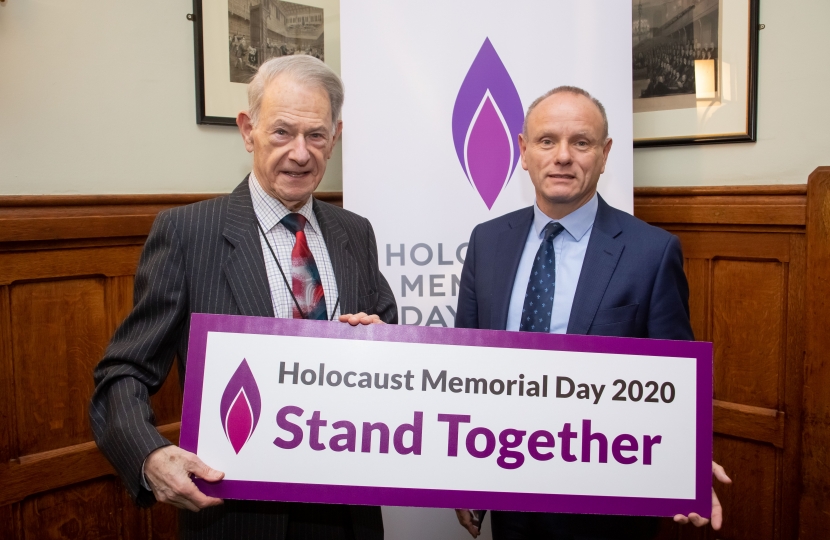 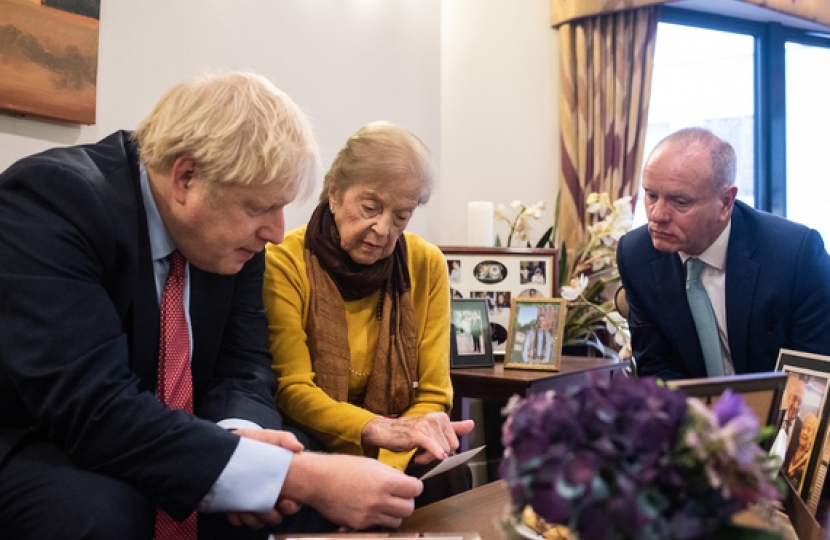 On January 15th, Mike and fellow parliamentarians joined survivors of the Holocaust at a reception in Parliament to mark the launch of a new digital campaign urging people to ‘Stand Together’ and commemorate the lives of individuals murdered by the Nazis.

The campaign, launched by the Holocaust Memorial Day Trust, pairs people with the name of a person murdered by the Nazis, which they can share on social media in a digital act of remembrance. Names of Jewish people murdered, alongside Roma, gay, disabled people and other groups are included in the project.

The Stand Together project reflects the theme chosen for Holocaust Memorial Day 2020, which explores how genocidal regimes have deliberately fractured societies by marginalising certain groups, and how these tactics can be challenged. Attendees at the event heard remarks from Olivia Marks-Woldman, Chief Executive of Holocaust Memorial Day Trust, and Rachel Levy BEM, a survivor of the notorious Auschwitz and Bergen-Belsen concentration camps.

Mrs Levy, a Finchley and Golders Green resident, who was able to evade the Nazis for two years by being hidden in the forest in what was then Czechoslovakia aided by non-Jewish neighbours, was sent to Auschwitz in 1944 and only narrowly escaped being sent to the gas chambers. Speaking at the event, she told MPs: “It is important for all of us to stand together in our communities. Members of Parliament and Peers have a responsibility and an opportunity to lead by example. We must stand together – in the memory of my family, and everyone who was murdered in the Holocaust. We must stand together against division and hate today.”

Back in November, the Prime Minister, Boris Johnson visited Jewish Care in Golders Green and spoke personally with Mrs Levy, to hear about her story of escaping persecution.

Holocaust Memorial Day is the annual day of commemoration of the Holocaust, Nazi Persecution and more recent genocides in Cambodia, Rwanda, Bosnia and Darfur.