Mobile surgery van out of action - for now 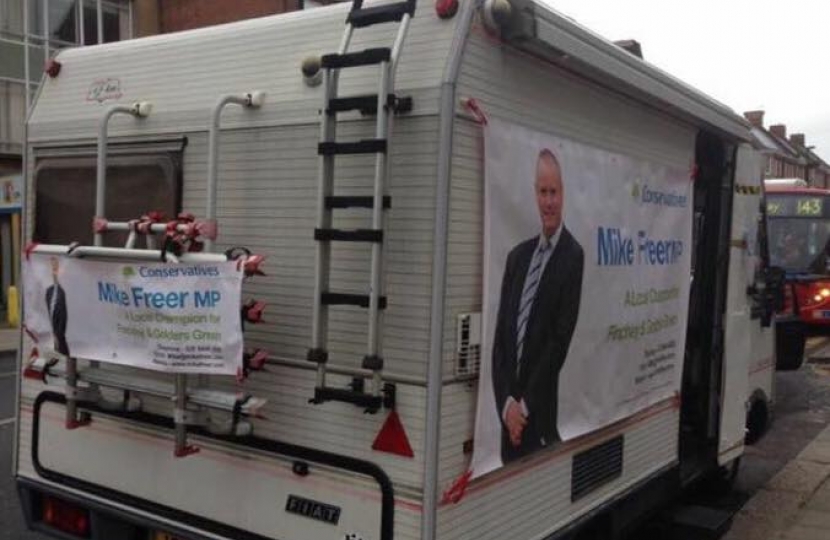 After a planned day of taking his mobile surgery van to four locations across Finchley and Golders Green on Sunday, mechanical issues meant that Mike Freer MP had to pack up early.

After returning to his constituency office, Mike concluded, "It looks like the Mobile Surgery has a petrol leak too as well as an oil leak. Good job we returned to base immediately after we spotted the problems. Apologies to those who may have been expecting the van, but we couldn’t take the risk of the engine of the mobile home seizing up."