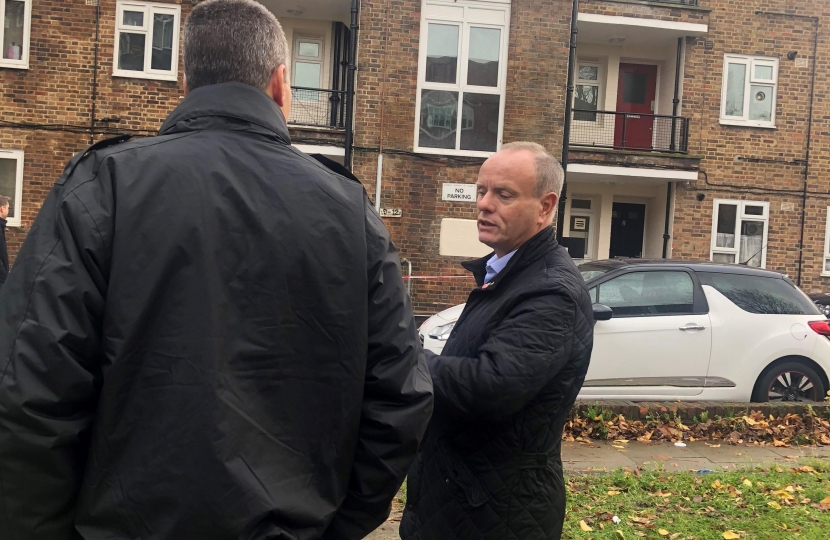 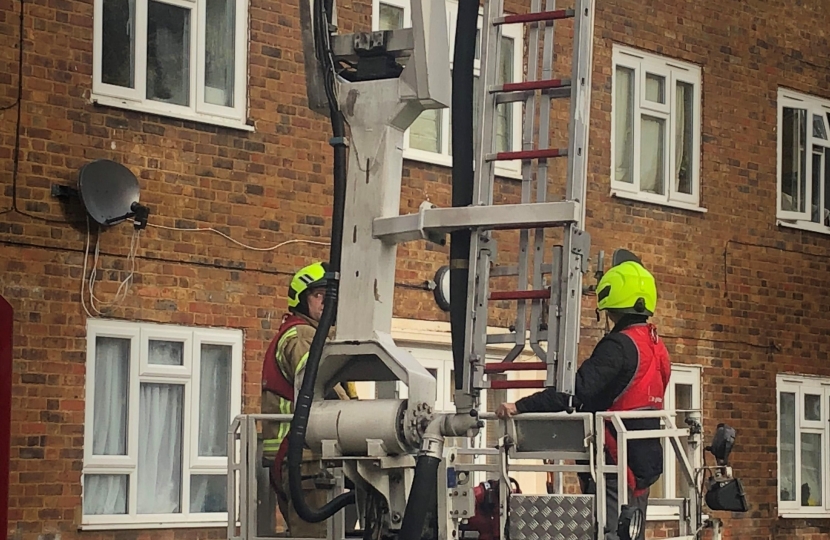 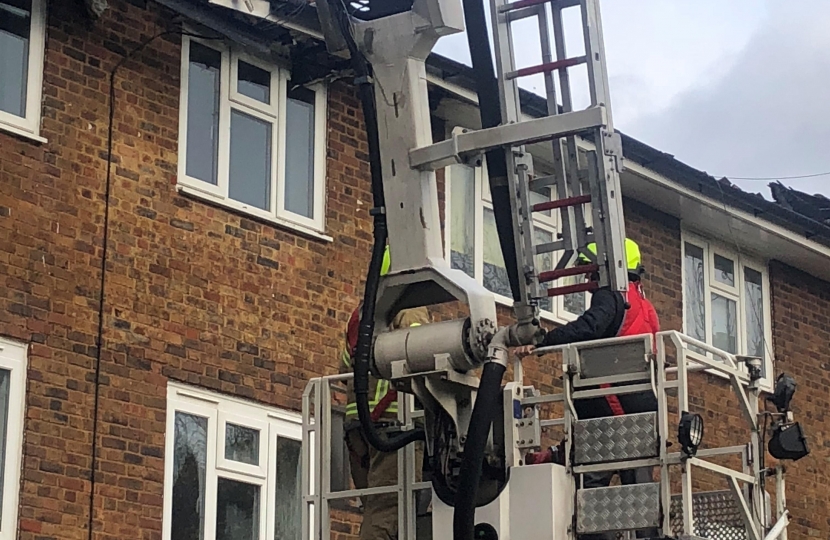 This morning, Mike Freer MP visited the site in East Finchley where a fire had broken out in a block of flats.

The fire broke out in the early hours, forcing around 60 people to be evacuated. There were no reports of any injuries. The Council set up a rest centre for those who had to leave their homes.

Mike met with the Fire Brigade's Borough Commander, Steve Leader (pictured, left), and was taken up on an extended platform to see the damage first-hand.

Commenting, Mike said, "Thankfully, no one was hurt and great work from the London Fire Brigade.

“It was wonderful to see people rallying round to help in the rest centre opened by the Council."