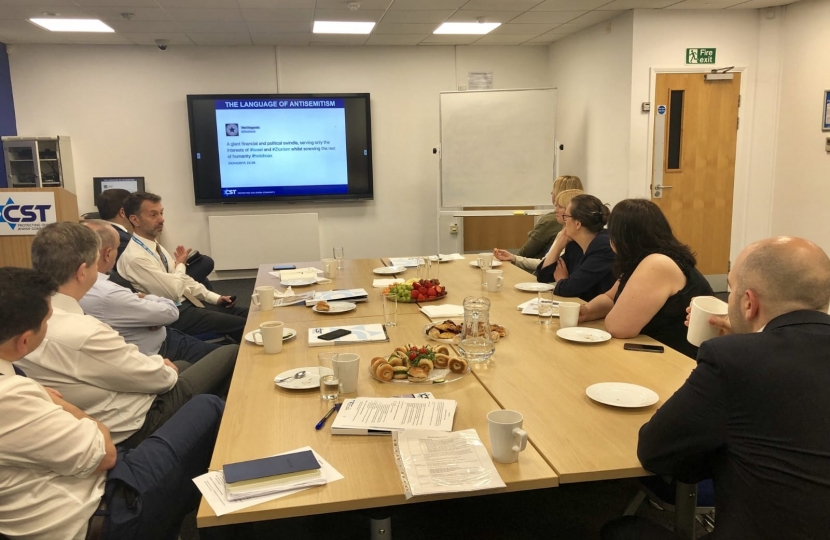 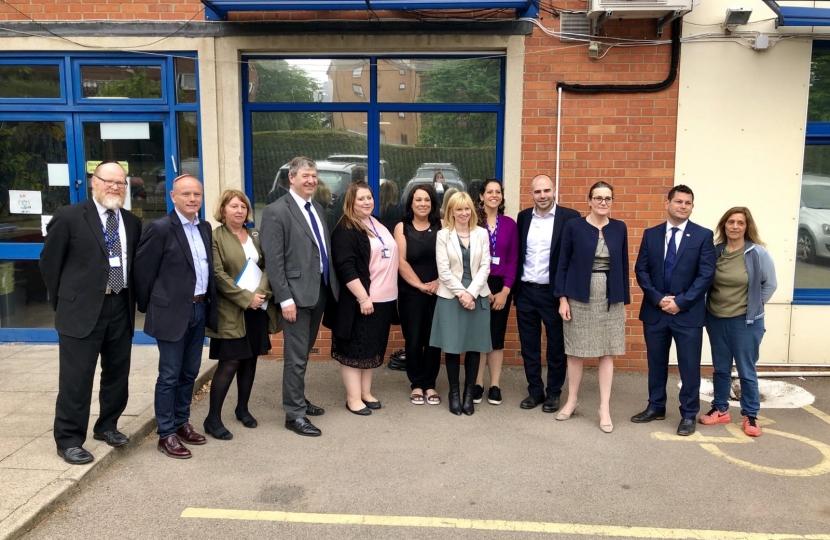 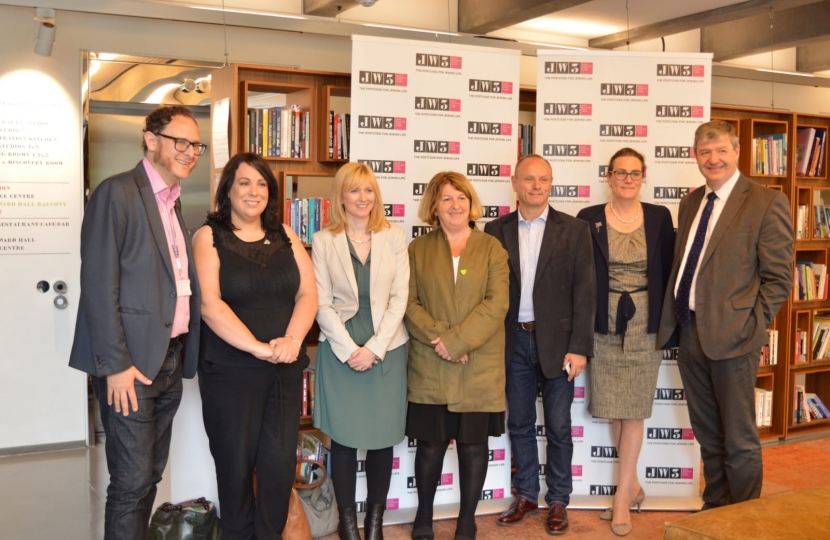 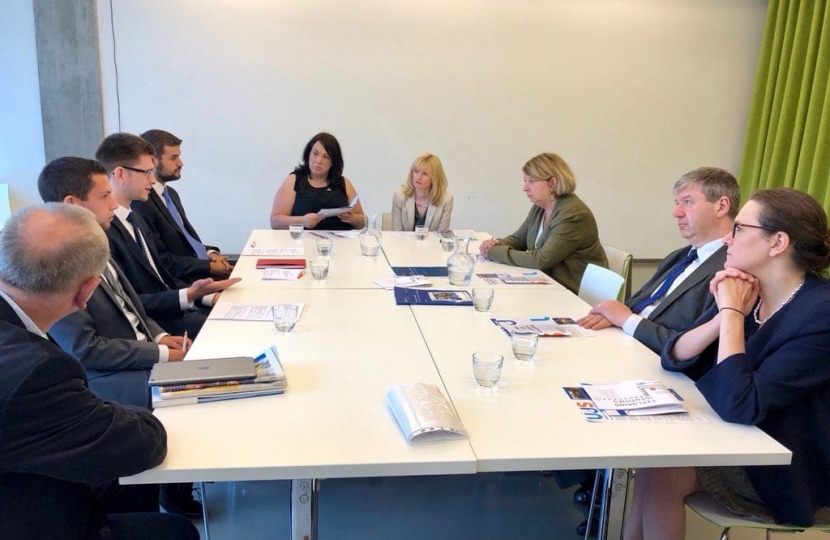 Mike Freer MP joined members of the All-Party Parliamentary Group Against Anti-Semitism on a fact-finding tour across North London, organised by the Antisemitism Policy Trust.

The tour began with a breakfast meeting at the Community Security Trust in Hendon (pictured) where the MPs were briefed on the rise of anti-Semitic incidents.

The group then visited the North West London Jewish Day School (pictured) and met with pupils to hear about what kind of security they need to have in place and how they prepare against anti-Semitic attacks and incidents.

Next on the agenda was a visit to the JW3 (pictured) Jewish Community Centre London where the MPs met with representatives of the Union of Jewish Students to discuss the widespread and growing incidents of anti-Semitism on UK university campuses.

The tour concluded with a meeting at JW3 with Joe Mullhall of Hope Not Hate, Tim Robertson the Chief Executive of the Anne Frank Trust, and Mark Lester of FutureLearn to discuss the challenges facing the Jewish community.

Commenting after the tour, Mike said, “Tackling the scourge of anti-Semitism is one of the great challenges of our time and one from which we cannot shy away. It must be confronted wherever it appears, be it in the street or on a university campus. Members of Parliament must speak with one voice and make it very clear that anti-Semitism has no place in our country.”