My day on patrol with our local police 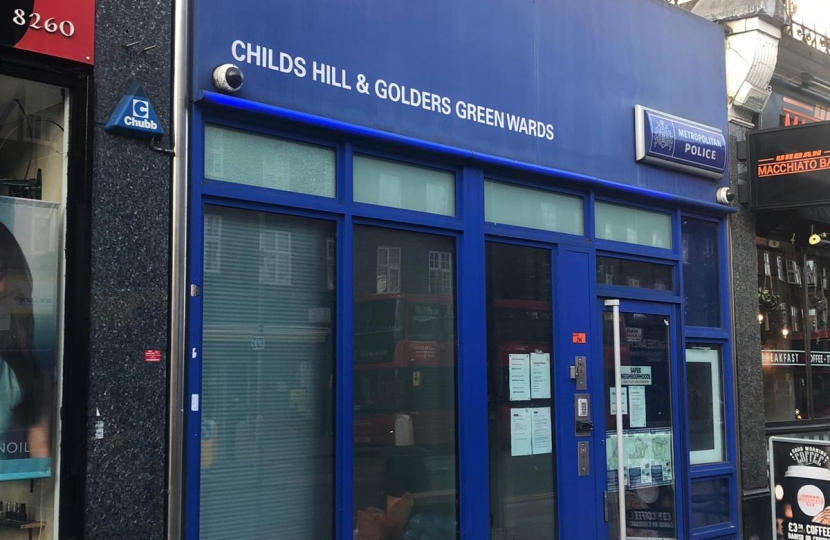 Recess is often painted by the media as one long holiday for MPs. In fact, because the House of Commons isn’t sitting, this means that I have more time for constituency work, extra advice-surgeries, visits to care homes, home-visits to constituents to discuss concerns and more time talking to residents on the doorsteps. One of the highlights of last week was being able to spend time on patrol with our local Police. People often say they don’t see the Police patrolling, of course unless you happen to be looking out into your street or outside as they pass, you wouldn’t necessarily spot them (and those are the clearly marked police cars and police officers); at the moment we have a number of covert operations underway to catch burglars.

Driving around parts of Childs Hill and Hampstead Garden Suburb was illuminating as to how proactive the Police are. They don’t just drive around waiting for a call, flick on the blue lights and speed off to something ‘juicy’.  We drove around slowly, stopping where front doors were open checking with whoever was home that everything was ok and giving some simple advice on keeping their home secure. One house had recently been burgled but the front door was open. Naturally the Officers went to investigate. The cleaner was in but upstairs and the door was open because workmen were working inside the house. The workmen may have acted as a deterrent but an opportunistic thief could easily have run in and up the stairs stealing whatever they could find and carry away quickly. Several houses had external lights over the front door left on. Given that it was mid-day and we had brilliant sunshine, the light left on screamed “no-one home”. One even had a note by the door directing deliveries to a neighbour’s house! These houses looked to have expensive security systems but putting the external lights on a timer hadn’t been included! Front doors and side doors that looked original but perhaps from an age when security wasn’t really a design feature. Hedges so high that we couldn’t see the ground floor of the house and if we couldn’t see the ground floor then we wouldn’t see anyone attempting to break in. High hedges provide privacy for the burglar too!

Locks, clocks and lights is a campaign I’ve been running based on the advice the Police give to residents. Are your locks up to date? When were they last changed? If you’ve recently moved in, how many keys were handed out to builders, cleaners or lodgers? How many keys to your front door are in circulation? Think about new locks. When the clocks changed (and will change again in the autumn) do you adjust any timers? Lamps coming on when it’s broad daylight, or houses in total darkness after dusk, scream no one is home! Cut the hedges so the front door and windows are visible. Try not to leave wheelie bins where they could give a leg up to someone trying to break in. Anti-climb paint is not too expensive but is ideal for fences and drainpipes (above shoulder level so you don’t keep brushing against it). Fit a burglar alarm or at least an alarm box (even if it’s a dummy one).  One not-so-cheap aide are the doorbells that connect to your mobile phone. Anyone at the door can be seen and you answer the door wherever you are - of course the person ringing the bell doesn’t know you aren’t home.

One of the oddest things I saw whilst driving around were two life-size crime fighters! Not the police officers but full size models of Spiderman and Batman. Bizarre but true! One was on the roof over the front door and the other on the top of the roof. Were they put there as a deterrent or just because the homeowner liked superheroes? I didn’t ask. It did prompt me to ask the police officers who I was with what made them want to be police officers.  Both answers boiled down to wanting to help people. I came home reassured that whilst I don't always see them, they are always there.