My Position on EU Nationals 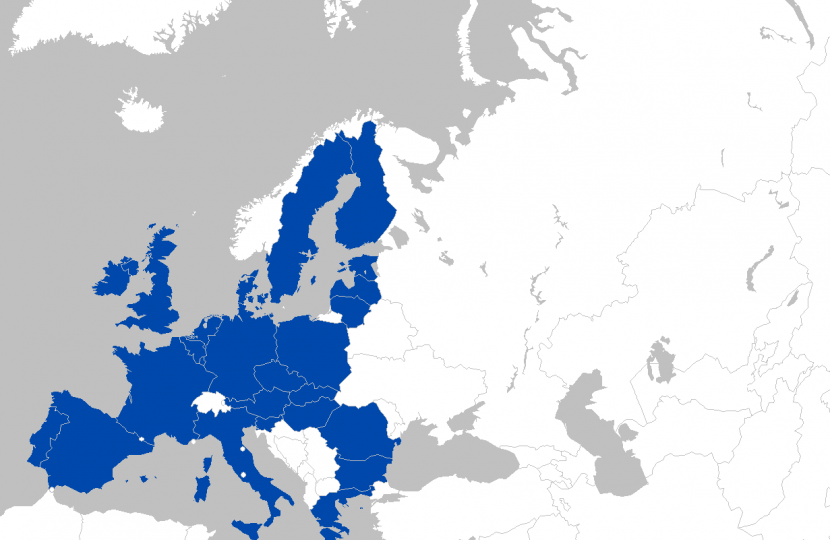 I have been in regular contact with Ministers and the Home Secretary about ensuring EU citizens have security post Brexit. I understand that only 2 EU countries remain unwilling to reach agreement now, despite the Government’s best efforts. Below is a letter I have received from the Home Secretary to me and other colleagues who have been arguing for a unilateral deal.

Re: European citizens in the UK

European citizens already resident in the UK make a vital contribution both to our economy and our society, and a number of colleagues have spoken to me recently seeking assurances about their immigration status when we leave the EU.

There is absolutely no question of treating EU citizens with anything other than the utmost respect, recognising the contribution they make not just to our economy, but also working in crucial public services like the NHS. Without them we would be poorer and our public services weaker. That’s why we will be making securing their status, as well as that of British nationals in the EU, a priority as soon as we trigger Article 50 and the negotiations begin.

I know some colleagues are concerned about how long this might take to resolve, but the Government remains committed to providing reassurance to EU nationals here and UK nationals in the EU as a priority once Article 50 has been triggered. The hold-up is less an issue of principle than one of timing with a few EU countries insisting there can be 'no negotiation before notification', and therefore that nothing can be settled until Article 50 is triggered.

But I’d also like to reassure colleagues that Parliament will have a clear opportunity to debate and vote on this issue in the future. The Great Repeal Bill will not change our immigration system. This will be done through a separate Immigration Bill and subsequent secondary legislation so nothing will change for any EU citizen, whether already resident in the UK or moving from the EU, without Parliament’s approval.

I’ve always been clear that after we leave the European Union we will have an immigration system that supports our economy and protects our public services, and that should mean securing the rights of EU citizens already here, as well as establishing a new immigration system for new arrivals from the EU once we have left.

But this isn’t just about ensuring British businesses and our public sector have access to the right workers, we owe it to those many European citizens who have contributed so much to this country to resolve this issue as soon as possible and give them the security they need to continue to contribute to this country.