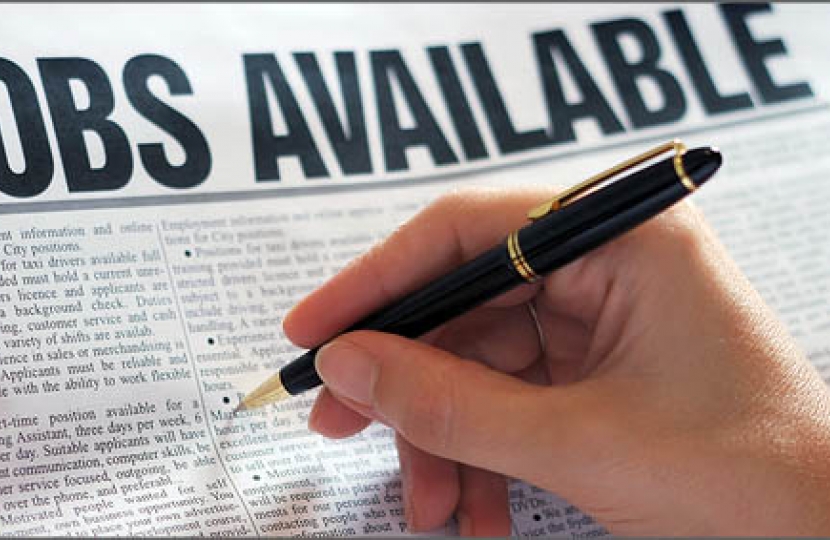 The Office for National Statistics released the latest employment figures for the UK labour market today, demonstrating continued progress on the way towards the Government’s target for full employment.

The number of people in work stands at 31.70 million, 74.4 per cent and the highest level since records began 45 years ago.

Total vacancies stood at 747,000 despite the steady increase in employment since February 2016.

The up-to-date figures mean that the UK has nearly caught up with its nearest G7 rival. In the first quarter of the year, Germany had an employment rate of 74.4 per cent. This means the UK has one of the highest employment rates of all G7 advanced nations.

In the constituency, unemployed claimants (Universal Credit and Jobseekers) stood at 1.9%, a reduction on last year’s rate.

Commenting on these figures Mr Freer said, “Today’s figures will help inject confidence into the Labour Markets which have spent the last several weeks adapting to the reality of Britain exiting the EU.

He continued, “That is not to say we should become complacent. These figures were recorded before the Brexit vote and we must support our businesses to ensure that employment figures continue to rise, giving people pride in work.”