When she became Prime Minister on Tuesday, Liz Truss promised to take action to bring down energy bills.

Today, she has announced that the Government will bring forward emergency legislation to establish a new Energy Price Guarantee, which will ensure that the average British household will pay more than £2,500 per year for their energy bills. This will last two years from October and will save the average household at least £1,000 per year – giving certainty on prices.

As part of this, the Government are suspending green levies, contributing £150 to the £1,000 yearly average saving.

The Prime Minister will also maintain the £400 Energy Bill Support Scheme for everyone, and the £1,200 of support for the most vulnerable households, that was already announce earlier this year.

Businesses will be offered an equivalent guarantee for six months for those hit by rising prices. Further support for vulnerable sectors, such as hospitality, will be provided further support after those six months. The Government will work with businesses to review where this should be targeted.

In addition to this support, the Government will be taking action to ensure we are not again in this position. This will include ramping up energy supply and fixing regulation of our energy market. This will include creating a new Energy Supply Taskforce to negotiate long term contracts with suppliers to bring down energy costs. The moratorium on shale extraction will be lifted, to get gas flowing as soon as in six months’ time, as well as boosting renewables.

You can view further details of the support available here: 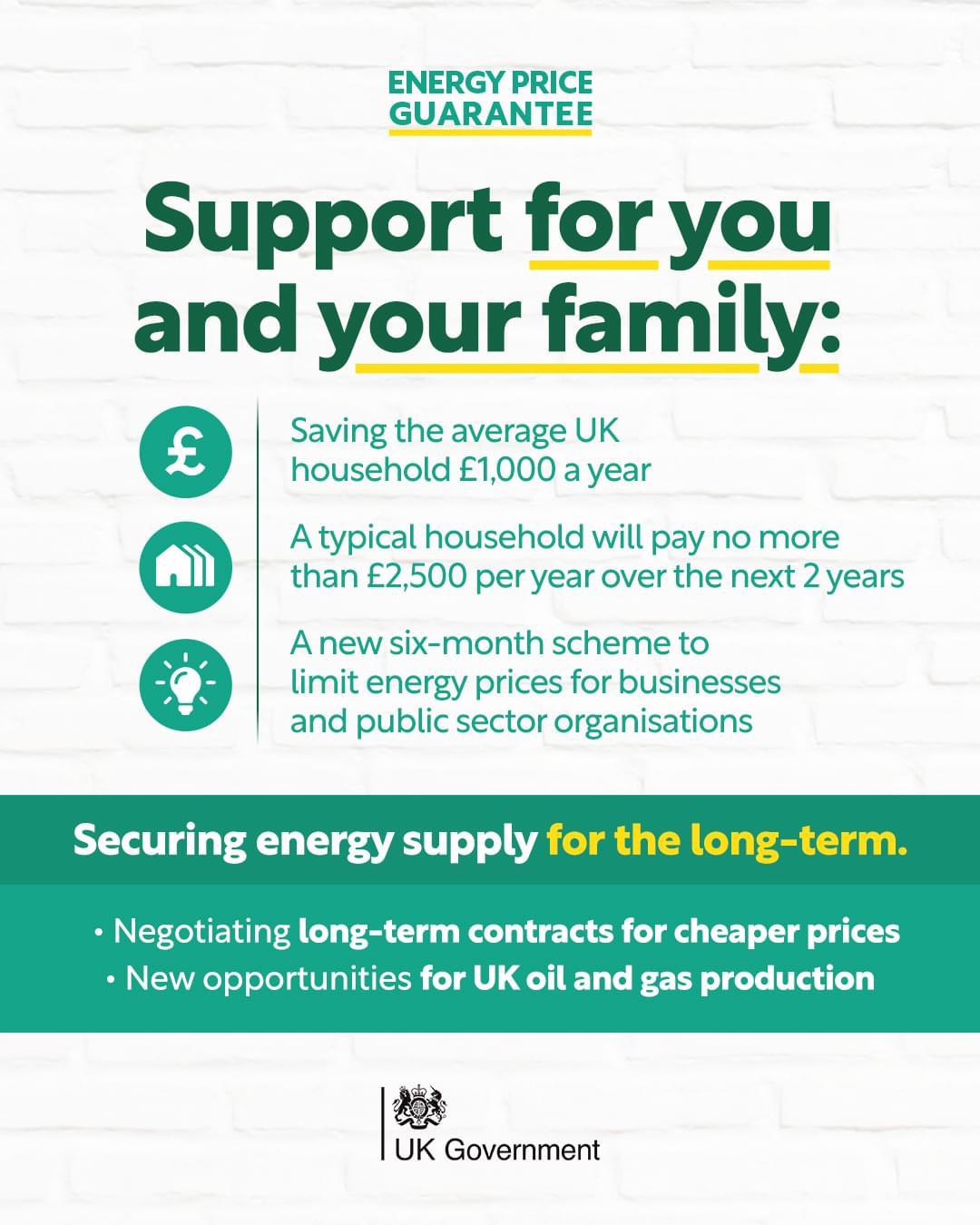