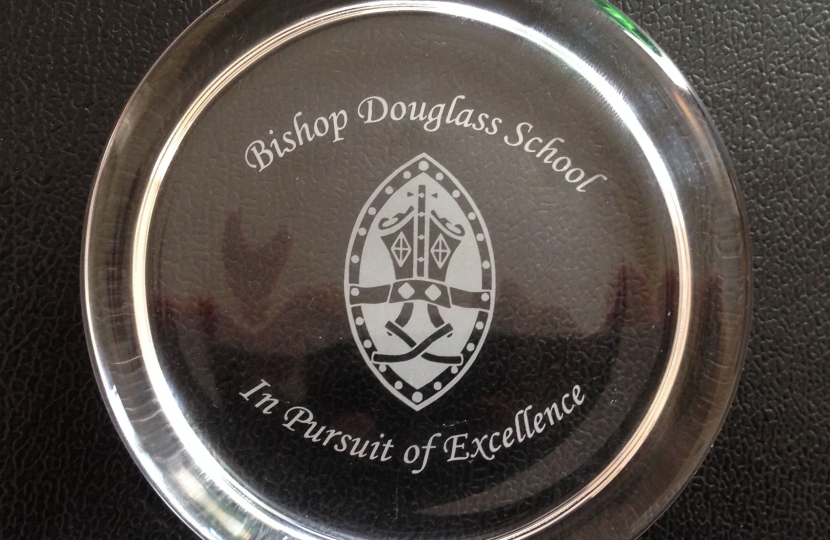 Local MP, Mike Freer, was invited to Bishop Douglass School’s Prize Giving Ceremony last week as a guest of honour. The school were celebrating the achievements of pupils in years 7 to 10 and recognising those individuals who had shown outstanding progress with individual awards.

Commenting on the event, Mike Freer said: “Bishop Douglass School has come a long way in the last few years. Under the leadership of new Headteacher, Martin Tissot, the pupils are doing more than ever to live up to their School motto: In Pursuit of Excellence. I was very grateful to have been invited as their guest of honour and for the Bishop Douglass paperweight I received as a thank you.”

Martin Tissot, a former pupil at the School, moved from his position as Acting-Headteacher to Headteacher this year. In September 2016, the School is set to convert to Academy status and join the Cardinal Hume Academies Trust.