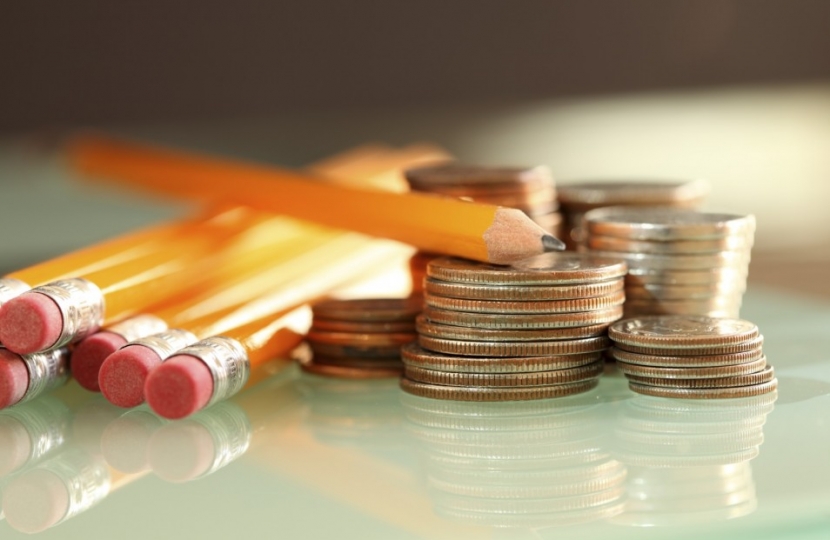 In December of last year, the Government set out its response to Stage Two of their consultation on the National Funding Formula (NFF) for schools. The Government has proposed the introduction of the NFF to make “funding fair for schools and children”, however, I am in no doubt of the potential impact that the changes will have on local schools’ finances across my constituency, and Barnet more widely. Of all the schools in Barnet, only two Schools (one Secondary and one Primary) are due to receive an increase in the funding they receive in 2016-17 based on the illustrative figures on the potential impact of the changes. The situation is quite different for all the other schools in Barnet, who will see their funding reduce by an average of 1.4% in NFF year 1 (this refers to the amount of funding the Department for Education would allocate to the relevant local authority in respect of this school in the first year of transition towards the NFF scheme).

I have received representations from Schools in my constituency and have raised these with the Schools Minister, Nick Gibb, most importantly to point out that the proposals as they stand do not take into consideration the additional costs of running a school, such as pay rises, the introduction of the national living wage, higher employer contributions to national insurance and teachers’ pension schemes, non-pay inflation and the apprenticeship levy. All must be factored in to give a fair representation of the financial challenges that schools in the Borough are faced with, and will be faced with as a result of the Borough's future funding landscape.

When the first stage of the consultation process was announced last March, the then Secretary of State for Education, Nicky Morgan, emphasised that the Government was looking to introduce a formula that reflected pupil characteristics and school and area costs. This second consultation is seeking to determine the precise composition of the formula and the weighting given to these different factors.

The Government has published figures illustrating the potential impact of the NFF for schools and local authorities, but these are not actual allocations, rather they are only illustrative figures to support the consultation process.

I am pleased that the National Association of Head Teachers (NAHT) and the National Association of School Business Management (NASBM) have expressed their support for the proposals overall. Both organisations have stated that by directly funding schools the Government will “empower the [teaching] profession.” But I also welcome their feedback on a number of issues where they raised concerns, for example, with regards to the top up funding in areas like SEND needs.

The NFF funding formula is set to address the imbalance, between the funding schools in London receive, in comparison with schools outside the capital. The consultation outlines this in detail on page 52:

The DfE’s simplified ‘per-pupil’ formula will mean that schools will attract the same amount of funding wherever they live, before an ‘Area Cost Adjustment’ is applied. This model will reduce the role of local authorities in targeting investment where needed, considering the high labour market costs unique to London.

The Government is keen to listen and act on the experience and expertise of schools, parents and local interested groups across the constituency and I hope that you will contribute to the consultation process.

If you are looking to have your voice heard in Stage Two of the consultation process, you will have to submit your comments by the 22nd March, 2017. I will continue to raise the concerns of local groups with the Ministerial team at the Department for Education. I will be meeting with the Secretary of State for Education, Justine Greening, to personally raise the concerns I have over some aspects of the composition of the NFF funding scheme.

To submit your comments to the consultation online please follow the following link: https://consult.education.gov.uk/funding-policy-unit/schools-national-funding-formula2/