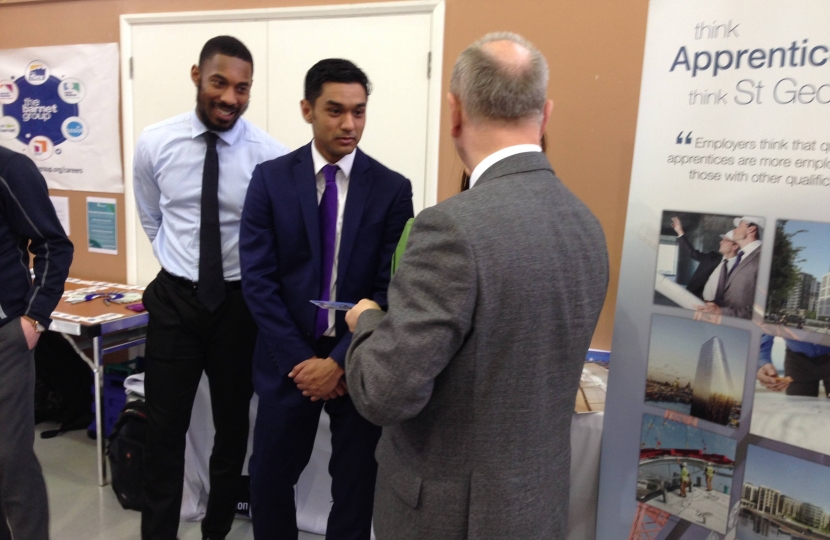 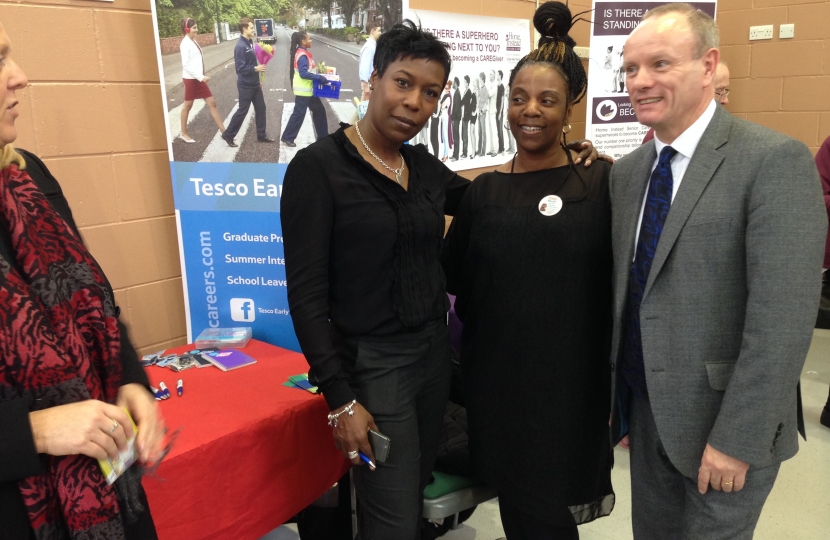 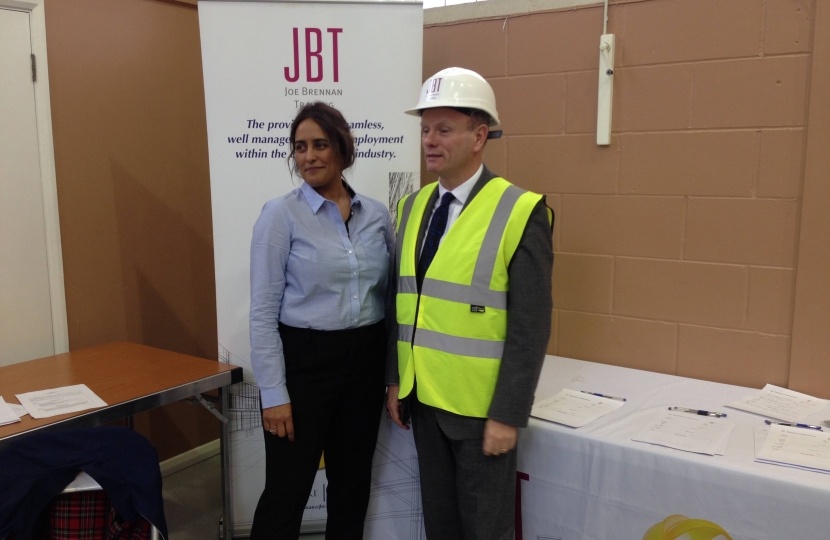 Over 25 employers attended the event held from 10am till 2pm. Among the stall holders were all three branches of the British Armed Forces, the Metropolitan Police, Premier Inn, B&Q, Tesco, Waitrose and staff from the Royal Free London NHS Foundation Trust.

Commenting on the success of the Fayre Mr Freer said:

‘This year marked the highest number of employers that have ever attended this event. The support that local and national employers have shown is an example of the excellent community spirit that is alive and well in Finchley & Golders Green.

‘Unemployment in Finchley is at an all-time low, with only 1.9% claiming Job Seekers Allowance or out-of-work Universal Credit. However, every single stall holder was advertising vacancies so there is no reason why we can’t aim for full employment in the constituency.

‘I would like to thank the fantastic staff at the Green Man Community Centre who have offered their support year after year. Especially to Revd. Helen Shannon of St Barnabas Church, who assisted with setting up the hall and providing teas and coffees to both attendees and stall holders.’

Feedback from the event was very positive. Stall holders were very keen on attending future events. Premier Inn and the Metropolitan Police commented that the event had been ‘worthwhile’ and that the fayre had given them the opportunity to ‘connect with a lot of people’.