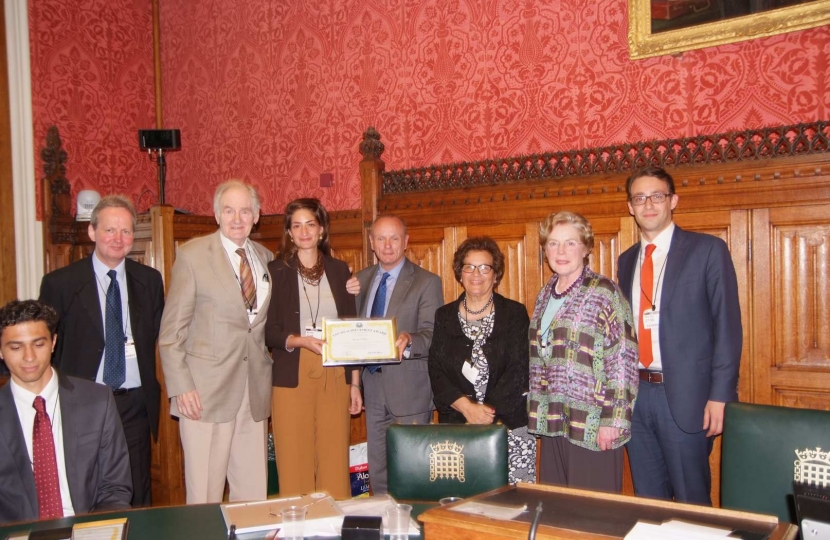 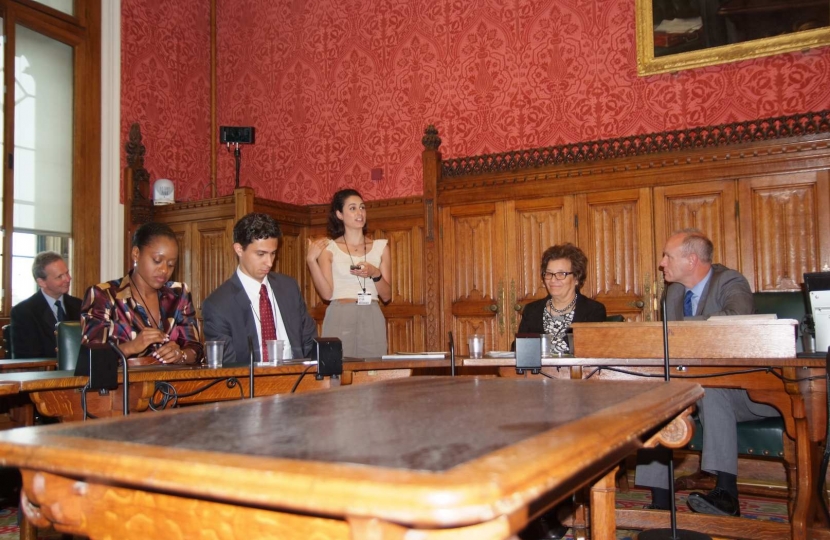 Karla Walker and Natasa Economou were presented with their awards by Mike Freer, their local MP, and Margaret Keverian Ali, the Director of the UPF.

The event took place in Committee Room 14 in Parliament. All those nominated were aged between 18 and 29 years old. The UPF aims to recognise the positive impact that youth can have in our society and the implications this has for the future of our country.

Since Karla was 14 she has taken an active role in youth organisations including Life Link, where she campaigned to reinstate the ‘Olympic Truce’. Now 27 years old, Karla has been researching and developing the HUMAN programme which provides a space for meaningful and purposeful discussions with young people.

Natasa was first discovered by the UPF through her volunteering work she undertook in Rwanda. Whilst in Rwanda Natasa used her professional skills in physiotherapy to help support a disabled child living at the orphanage. Since first meeting the young boy, he has now been adopted by one of the staff members and is attending a special needs school. The life changing care Natasa provided him with has allowed him to pursue happiness which was previously absent from his life.

Commenting on the achievements of both Karla and Natasa Mr Freer said: “It is truly heartening to hear of the selfless dedication that both Karla and Natasa have given to society. Their drive to make our world and communities a better place for those currently disadvantaged is an inspiration. Thanks to the UPF their contributions have been recognised and I applaud them for discovering these two inspirational people.”