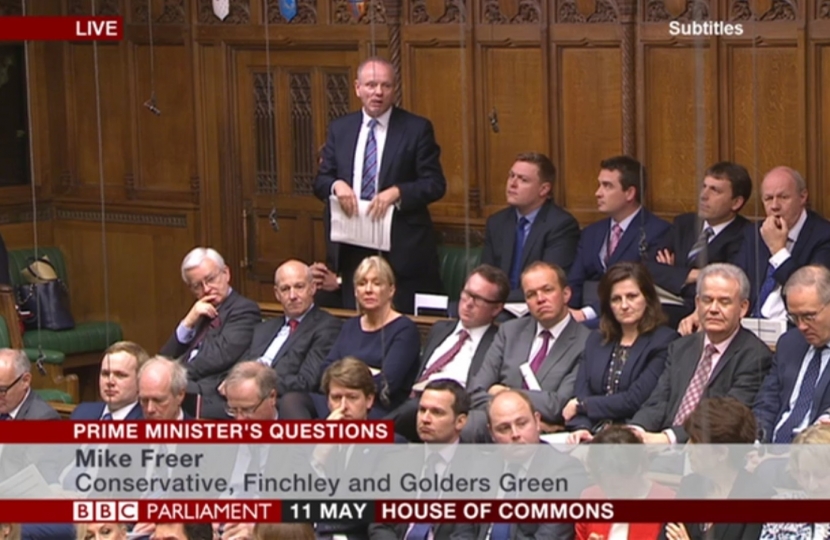 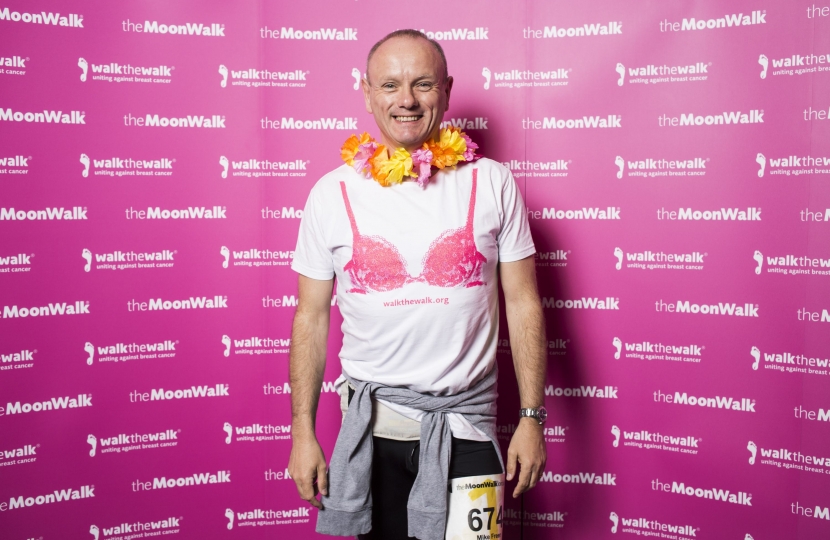 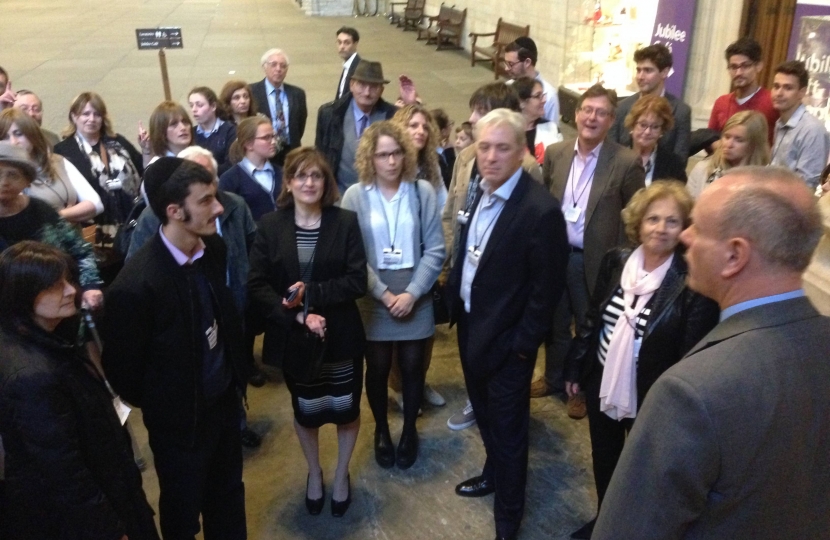 I started my week in Westminster with an early morning meeting with representatives from the Catholic Education Service, an organisation that works to support Catholic education on behalf of the Catholic Bishops’ Conference. Given the fact the Catholic Church and the Church of England together provide one-third of all schools in the country, these schools are important in addressing the issues over school place provision being faced across England, and especially in Barnet.

That evening I hosted the Holocaust Memorial Day Trust in the House of Commons for at a meeting of the Board of Trustees. It was a valuable opportunity to review the progress of a number of projects being undertaken by the trust and what it hoped to achieve over the coming months. That evening I met with Officers from Barnet Council and senior teaching staff from local schools to discuss the progress of their planning applications for expanded school sites.

On Tuesday morning, I attended a daily brief in my role as PPS to the Leader of the House of Commons. This was largely taken up with discussing plans about prorogation, a term given to describe the period between the end of one parliamentary session and the opening of another which takes place at the State Opening of Parliament. Later that morning I met with the CEO of Barnet CCG to discuss the progress of getting Finchley Memorial Hospital fully operational.

Wednesday morning I hosted the Business Secretary, the Rt Hon Sajid Javid MP, at Pentland Brands. There he met with apprentices & graduates to discuss their route to the company.

In the early afternoon, I raised my concerns with the Prime Minister about NHS England’s decision to refuse funding for Pre-exposure prophylaxis (PrEP), a course of drugs taken to reduce the risk of contracting the HIV virus at a session of Prime Minister's Questions. You can read the full article here.

That evening I attended a Bnei Akiva Yom Hazikaron & Yom Ha’atzmaut Service celebrating 68 years of Israel Independence. The event took place at kinloss, the largest Synagogue in my constituency. The guest speaker for the evening was the Rt Hon Stephen Crabb MP, the recently appointed Secretary of State for Work & Pensions. The day marks a significant milestone in the history of the only democracy in the Middle East, with only 2 years until Israel will be celebrating 70 years since it was established by the United Nations in 1948.

On Thursday Parliament Prorogued in advance of the State Opening of Parliament the following week. That meant I had time to visit Tiferes Shlomo Boys School, where I was greeted by pupils at the school with a welcome sign outside the front of the school. To complement their PSHE studies about British values, I was asked to discuss British democracy and what it means to be British. That afternoon I was at Childs Hill Library for one of my regular library surgeries, where I met with a number of constituents to discuss any issues they wanted to raise with me face-to-face.

Over the weekend I took part in the MoonWalk half-marathon to raise money for Breast Cancer Care, a charity that works to provide care, support and information to people suffering from breast cancer. In total, due to the direction of the route, I walked a total of 15 miles. Most importantly, I raised over £2,000 for Breast Cancer Care which will go towards supporting the charity continue to change the lives of those suffering from this terrible disease.

I had a busy day on Monday, I met with the acting-Chief Executive of Barnet Council to discuss a number of pressing issues with him, most importantly the fiasco that took place on Election Day on the 5 May. I then met with representatives from Waitrose Partner Voice, part of the Central Council at Waitrose Finchley who help to tackle local issues. I took them round on a tour of Parliament and then sat down with employees from the store to discuss some of the projects they are currently working on. That evening I attended an LGBT reception at No 10 Downing Street, where the Prime Minister discuss the ongoing campaign relating to PrEP, as well as other issues about challenging prejudice and homophobia in our society. From there I headed back to Parliament to play host to residents from Finchley & Golders Green who had been invited to an Evening in Westminster for a glass of wine, or soft drink, and a tour of the Palace. Of course, it was also an opportunity for constituents to bend my ear about any issue they wished to discuss with me.

Her Majesty, Queen Elizabeth II, came to Parliament on Wednesday to address both Houses and outline the Government’s programme over the course of the next Parliamentary Session. It is tradition originated back to the medieval era, but has only been taking place in its current form since the 19th Century Parliamentary building was first opened in the 1850s, although not completely finished until the 1870s – over twenty years after it was scheduled to be finished by the designer Sir Charles Barry.

I was guest speaker at a Business Breakfast on Friday morning with Baroness Stowell, the Leader of the House of Lords and the individual largely responsible for the safe passage of the Same-Sex Marriage Act through the Upper Chamber. I met with the British-American Parliamentary Group midmorning to discuss the plans for the delegation to Washington, D.C. The itinerary includes meeting with our US counterparts on Capitol Hill including the current Speaker of the House of Representatives, Congressman Paul Ryan and the Minority Leader, Nancy Pelosi the former Speaker of House. On Friday I attended to events as guest speaker, including at Richmond University to speak with student health workers about sexual health. That evening I attended a GLH Award Dinner, an independent North London minicab and courier service established back in the 1960s.