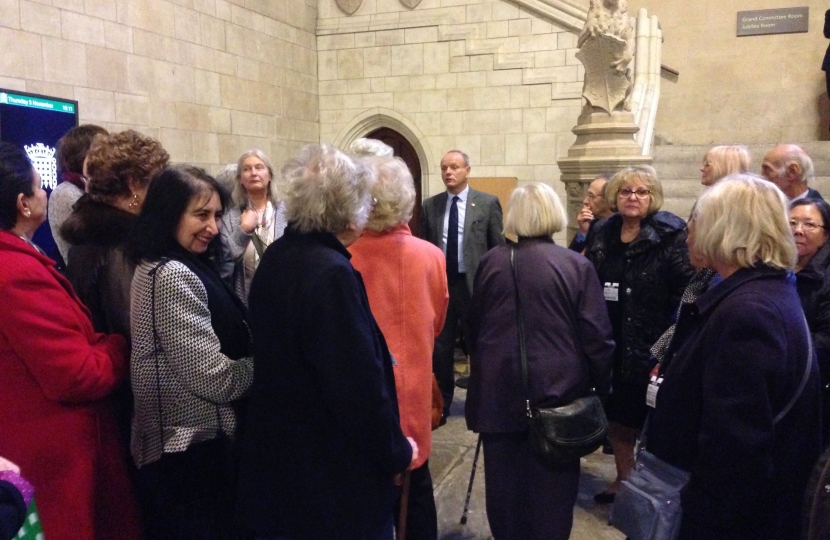 As well as handling correspondence and emails from constituents I have carried out a number of interviews, committees and events throughout the week, as seen below:

Later in the day I was honoured to be invited to speak at the Rotary Club of London on the role of All Party Parliamentary Groups (APPGs). APPGs are informal cross-party groups that are run by and for Members of the House Commons and House of Lords. The Rotary Club of London is the oldest established rotary club in the UK, HRH Prince Philip is currently a principal honorary member, as was the late Mrs Thatcher.

On Tuesday I held a meeting with Mike Podmore, the Director of STOPAIDS, during the meeting we talked over the Importance of British Parliamentary leadership in the global HIV response.

In the early afternoon I attended a briefing hosted by the Conservative Friends of Israel. Here we discussed matters pertaining to the defence situation in Israel and the close relationship our two countries have.

On Wednesday morning I met with constituents to discuss their concerns over the level of congestion around Bramber Road and how best to deal with this issue.

Later that morning I attended the launch of Public Health England’s and the Department of Health’s annual HIV Prevention Innovation Fund. This fund, of up to £600,000, helps local HIV prevention initiatives throughout the country.

I rounded off the day by meeting constituents at a Meet the Street event in Parliament. Here I invite in a number of randomly selected streets from throughout the constituency and invite people in for a chat, a drink and a tour of Parliament.

On Thursday I hosted an afternoon tea event in Parliament for the Conservative Women’s Constituency Committee. Here the ladies were given a tour of Parliament and had the opportunity to ask me a variety of questions from Brexit negotiations to the future of Barnet’s Libraries.