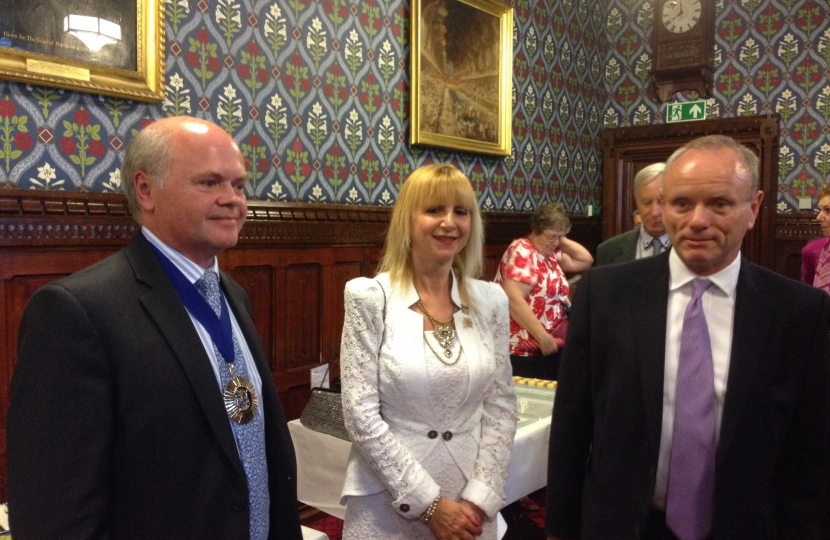 I started the week by meeting with the senior health adviser at the Royal Free Marlborough clinic, who briefing me ontheir excellent sexual health service. The Marlborough Clinic is a leading sexual health service based at the Royal Free Hospital. Their team provides a confidential, non-judgmental, friendly service. They offer free HIV and STI testing and treatment, along with emergency contraception and a variety of other contraceptive methods.

On Tuesday I had a constructive talk with the Home Secretary regarding Police response times to domestic abuse.

On Wednesday evening I hosted the local charity, Dementia Club UK, in the Jubilee Room at House of Commons. The charity started as a Dementia Café first setup by Cllr Lisa Rutter who served as Mayor between 2011 and 2012. The café offered dementia sufferers, their friends and carers a calm neutral environment where they could interact with other people affected by dementia. After the success of the Alzheimer’s Society Dementia Café, Lisa setup the Dementia Club UK. Lisa is now running 3 Dementia clubs across Barnet and is planning on opening a 4th café in the near future.

At the beginning of the week I had the privilege to introduce Andrew Wolfson to Whitfield School. Andrew is a multimedia artist with a love for music and film. Mr Wolfson runs Music in Secondary Schools Trust, whereby pupils are introduced to learning a musical instrument, which has in turn led to a much greater improvement in grades achieved in schools so far participating.

Later in the day I joined Mathilda Marks-Kennedy School to talk about the European Union referendum. Here we all had constructive talks, with passionate comments from both sides.

Towards the end of the day I visited the Schofar day care nursery. Shofar, situated in Finchley, is a dynamic, new Jewish Daycare Nursery for babies and children aged six months to five years old.  The new state of the art designed space at the Sternberg Centre is filled with fantastic activities and resources to allow children to grow and develop both indoors and out.

On Wednesday evening I enjoyed a dinner in aid of Sacks Morasha Primary School. Sacks Morasha is a vibrant, inclusive, modern-orthodox Jewish primary school committed to Torah values, Ivrit and fostering a strong positive attitude towards Israel. The school opened in 2008 and at full capacity will have 210 pupils from Reception to Year 6.

On Thursday I held talks with the Chairman of Pentland, Andy Rubin. Pentland is a major employer in the country and the constituency. Pentland are a global business who bring some of the world’s best sports, outdoor and fashion brands to millions of people around the world