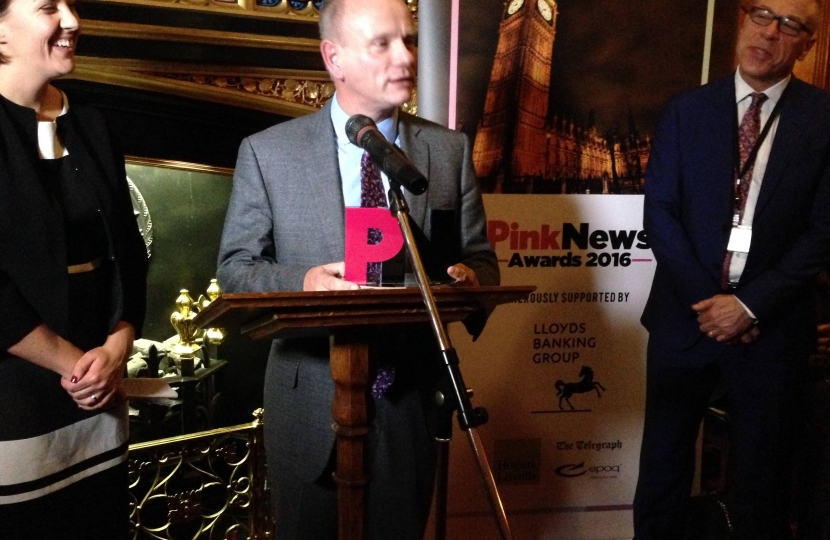 Due to a serious illness in the family it may have taken me a little longer than usual to reply to your emails and letters.

However I am still handling correspondence from constituents and have carried out a number of surgeries, meetings and events throughout the week, as seen below:

I began my week with a Department for Transport Grid Meeting, here we discussed multiple topics regarding Britain’s transport infrastructure such as the recently announced expansion of Heathrow airport.

In the early afternoon I hosted one of my ‘Tea for Two’ events with a constituent and their family. I gave my constituents a tour of the Palace of Westminster and seated them in the public gallery of the House of Commons whilst the Prime Minister was at the dispatch box.

On Wednesday evening I was honoured to be named ‘MP of the Year’, for my contribution to equalities and men’s health, at the fourth annual awards ceremony hosted by LGBT news website Pink News.

The PinkNews Awards celebrated the contributions of politicians, businesses and community groups towards what has been another historic year for LGBT equality in the UK and around the world.

PinkNews was set up in 2005 by Benjamin Cohen, and covers LGBT news stories in the UK and across the world.

The awards evening, held at the Speaker’s House, Westminster, celebrated contributions from politicians, businesses and community groups who have made improvements LGBT equality in the UK and around the world.