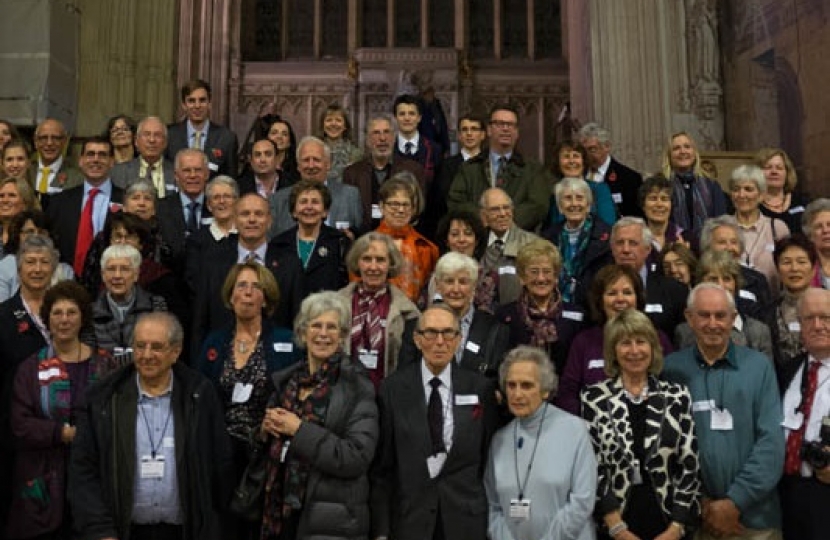 The week began by attending a breakfast at Jewish Care. I spoke about the Government’s flagship Care Act and the implications it would have for existing care providers. For the first time, the Government will cap the amount of money someone has to pay toward their care. There will also be a greater emphasis on prevention rather than reactive measures to place someone in care. Jewish Care are a fantastic organisation who have lead the way locally.

A particular area of interest for me is pensions. Thus, I was very happy to serve on the Taxation of Pensions Bill Committee which looked at how we can better manage the pensions market.

Afterwards, I headed over to Downing Street to meet the Chancellor so I could present the finding of my recent Mansion Tax Survey. Overwhelmingly, constituents voiced their opposition to the proposals which would hit many families locally.

That evening, I had a wonderful time hosting volunteers from the Proms at St Judes. I was delighted to host a cheque presentation from the Proms to two worthy causes – The Toynbee Trust for deprived children in Tower Hamlets and the North London Hospice.

Later that week, I opened the new Vodafone store in North Finchley before later that day heading to the Jewish Film Festival which, despite the controversy earlier this year, was still showing to audiences.

I then had a follow up lunch with the Proms at St Judes to discuss their future plans.