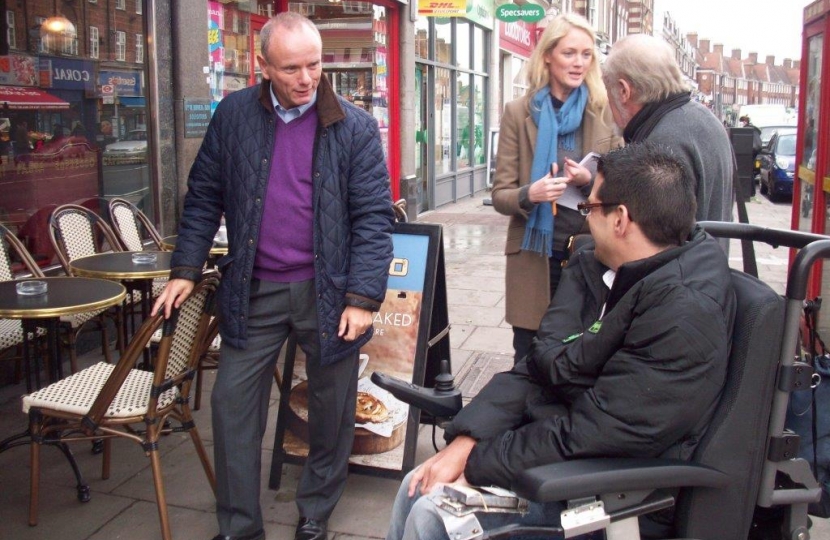 This week has been particularly busy. It began with a meeting to discuss the plight of the Co-Operative Bank and the plight of local residents who are bondholders.  This was followed by a discussion with the Daily Post Newspaper. I subsequently met the organisers of the Brent Cross/ Cricklewood before meeting the British Israel Parliamentary Group.

On Tuesday I had a discussion with the president of the National Federation of Cypriots in the UK. Readers will know I have recently been to Cyprus and am actively involved in Cyprus issues. The continued occupation of Northern Cyprus by Turkey and the recent banking crisis have been particular concerns to my constituents as of late.

Unemployment figures were also released on Wednesday. The number of unemployed claimants in Finchley and Golders Green in September 2013 was 1,960. The number of claimants is 176 lower than in September 2012 and 45 lower than in August 2013. The figures are encouraging and show that although there is much that still needs to be done, the economy is on the right track.

This week I was delighted to receive notification that I have been appointed as Parliamentary Private Secretary (PPS) at the Department for Communities and Local Government. This means I will be working closely with ministers on this area of policy and will be leasing with parliamentary colleagues to discuss legislation and any concerns they may have.

After receiving the news, I had a further meeting regarding the issues facing money transfer companies. Companies which facilitate remittances have seen their activities stopped by some of the larger banks over money laundering fears. I am keeping up to speed with developments in this area as Finchley and Golders Green has a large number of people with family abroad who use such businesses.

I also attended an event with the Speaker of the House of Commons, John Bercow, at Hoop Lane Cemetery. This was an event to commemorate the late Eleanor Rathbone MP who did a lot of outstanding work in both women’s rights and for the assistance she provided to Jews fleeing the Nazis who wished to settle in the UK. Later that evening I went to an event with the Mayor of Barnet’s Charity Appeal Committee. This was in aid of the excellent charities Help for Heroes and Kisharon.

Friday morning was spent in the constituency. My Mobile Surgery was in Golders Green where I met residents and discussed a wide range of issues. I subsequently met with Matthew Kayne to commemorate Costa Coffee installing disabled access. Details of this will follow shortly.  On Friday afternoon I headed into Central London for a recording of the Sunday Politics on the BBC. I was discussing powers the of the Greater London Assembly has to scrutinise the Mayor of London. I then went over to meet the local Girl Guides branch for their 50th anniversary.

On Saturday I was out in East Finchley with my Mobile surgery, 9:30 – 11am. No appointments are necessary for mobile surgeries and anyone is welcome to attend.