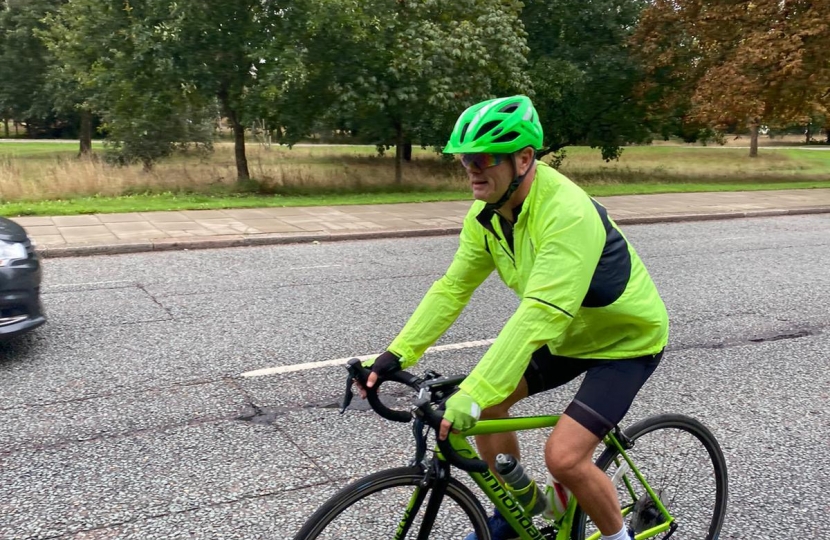 I successfully cycled 200 miles over a single weekend. On Friday, the MP for Finchley and Golders Green completed a return journey to Cambridge from his home in Finchley, followed by a ride to Richmond Park on Saturday. The ride was then completed on Sunday with a ride to Hertford and back.

I have been a long-time campaigner on Cancer related matters in Parliament, including his campaign to get a permanent Breast Screening Unit at Finchley Memorial Hospital, which was officially opened on 17th January 2019 by the Secretary of State for Health. I have also campaigned on many other related topics including awareness of HPV, which can lead to many different forms of cancer, which then led onto his successful campaign for HPV vaccinations for boys and men.

Beginning with a fundraising target of £1,500, I managed to raise over £3,000 (including Gift Aid) thanks to the generosity of everyone who donated. I would like to thank everyone who donated their money to my fundraising campaign. It is great that their generosity has enabled me to raise so much money toward vital research for Cancer Research UK.

The Prime Minister has this evening announced that from 17th May, we will be able to move into Step 3 of the Government’s Roadmap out of restrictions.

From Monday 17th May: