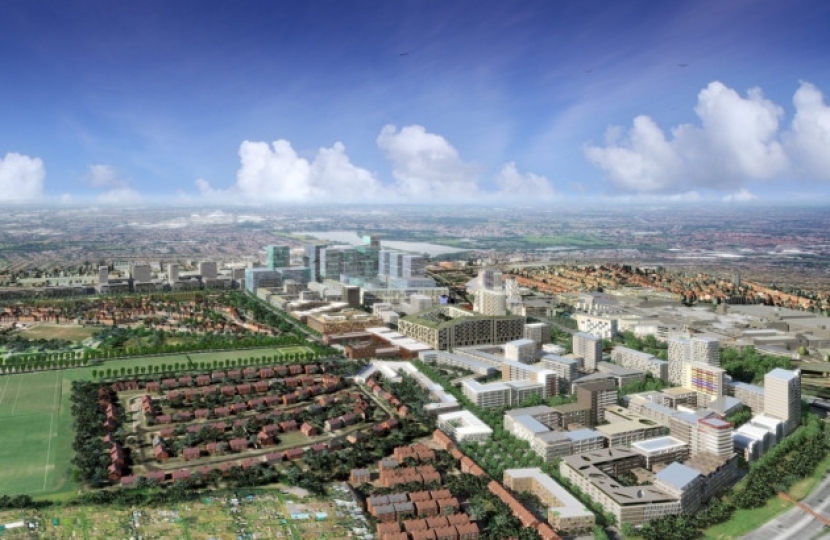 Finchley and Golders Green MP, Mike Freer, is celebrating after the Chancellor confirmed his support for the Brent Cross/Cricklewood regeneration in this week’s Budget. The Chancellor announced Government support for the project which includes the construction of a new railway station at Brent Cross and the delivery of up to 10,000 homes.

The Chancellor’s announcement compliments the backing from the Mayor of London who has stated that City Hall will help finance part of the scheme.

Commenting after the Budget, Mike Freer said “I’m delighted that the Chancellor has agreed to support the £4.5 billion Brent Cross/Cricklewood regeneration. This is a vital scheme for our area that will help support the delivery of much needed homes, as well as thousands of jobs”.

The Mayor of London added that “London is the throbbing engine that powers the UK economy and the Government’s Budget recognises the arguments made doggedly to them by myself and my team, which are that with the capital’s population increasing at a simply staggering pace this engine requires more fuel.  The commitments being made today will allow us to motor ahead with putting a platform in place that will allow us to deliver the new homes and jobs that are critical to the continued growth of this great world city.”

Further information on the scheme can be found at www.brentcrosscricklewood.com