Government Sets 15% Target for Females in Combat Roles by 2020 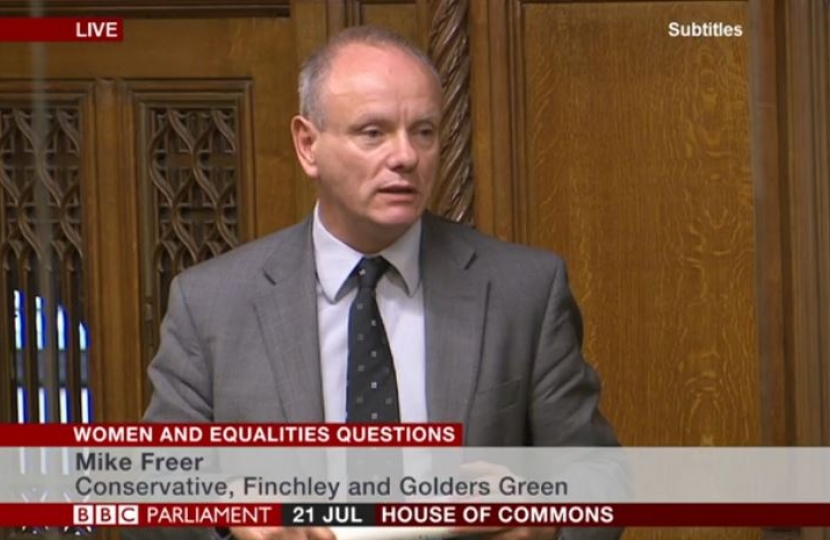 In a session of Women & Equalities Oral Questions yesterday, Mike Freer MP asked the Secretary of State for Education and Women & Equalities Minister, Rt. Hon. Justine Greening MP, what the Government planned to do to encourage female recruitment in the Armed Forces.

The question was asked in light of the recent decision to lift the ban on women serving on the front line in a combat role.

Mr Freer was asking a Topical question. The procedure for Topical Questions is that MPs are permitted to raise any issue which falls within the remit of the Department taking questions.

He asked the Minister:

“I welcome the Ministry of Defence’s decision to allow women to fight on the frontline. Will the Minister explain what steps the Government will take to encourage women to take up these new posts?”

In response the Minister said:

“As my hon. Friend points out, the recent decision enables women to serve in the Royal Marines, the Royal Armoured Corps and Infantry and the Royal Air Force Regiment, so they will be able to fill ground close combat roles. We are putting in place a range of activities, working through the Ministry of Defence, including improved community engagement and recruitment processes. There is a target for 15% of all recruitments to be female by 2020.”

The former Prime Minister, David Cameron and General Sir Nick Carter called for the ban being lifted earlier this month following a consultation period and review which recommended women be legally able to apply for front line combat roles.