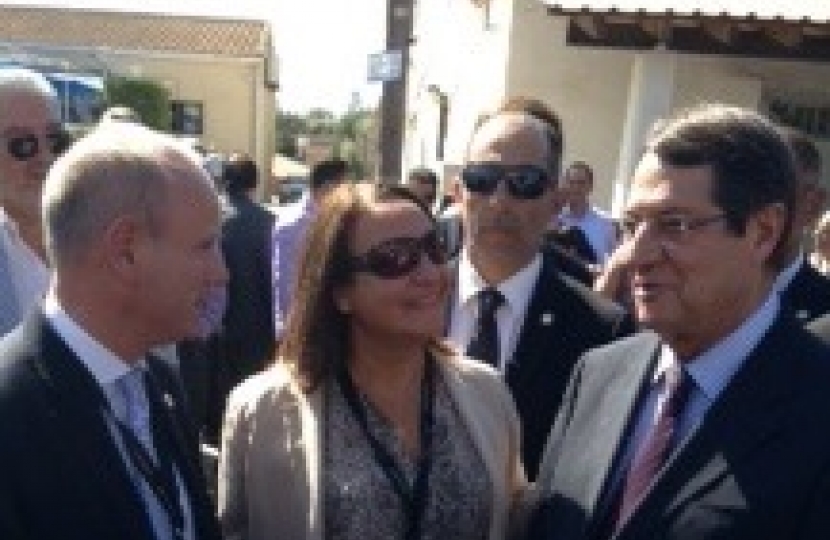 Mike Freer travelled to Morphou this weekend to take part in the annual rally to highlight the continued occupation of Northern Cyprus by Turkey. The event was attended by the Mayor & Councillors of Morphou and the former residents driven from their home, land and property by the invading Turkish forces.

Mike confirmed his support for a peaceful and rapid solution to the dispute, and offered his resolute personal support in a meeting with President Nicos Anastasiades of Cyprus. Speaking from Cyprus, Mike said; “I am pleased to be in Cyprus today to reaffirm my support for the displaced people and to call for an end to the occupation.”

The borough of Barnet is twinned with the town of Morphou, and the borough has the largest Greek-Cypriot communitiy in the UK.