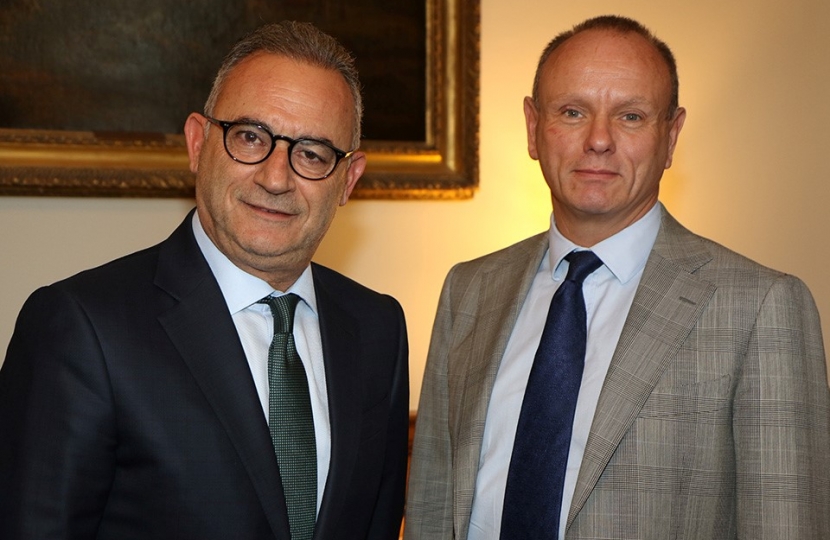 Along with Minister Sir Alan Duncan MP, Mike Freer MP today met with Averof Neophytou (pictured), the President of the governing Democratic Rally party of Cyprus at the Foreign and Commonwealth Office.

During the meeting, they discussed the prospects of talks on a just settlement on the Cyprus issue – an issue close to the hearts of many in Finchley and Golders Green. Sir Alan and Mr Neophytou used to meeting to reaffirmed the strong relationship between the two countries.

Commenting after the meeting, Mike said, "I am proud that we in the UK continue to enjoy a close relationship with the people and Government of Cyprus. I always enjoy meeting with Cypriot politicians to discuss these important issues."