MP asks PM to assist with campaign to fund PrEP 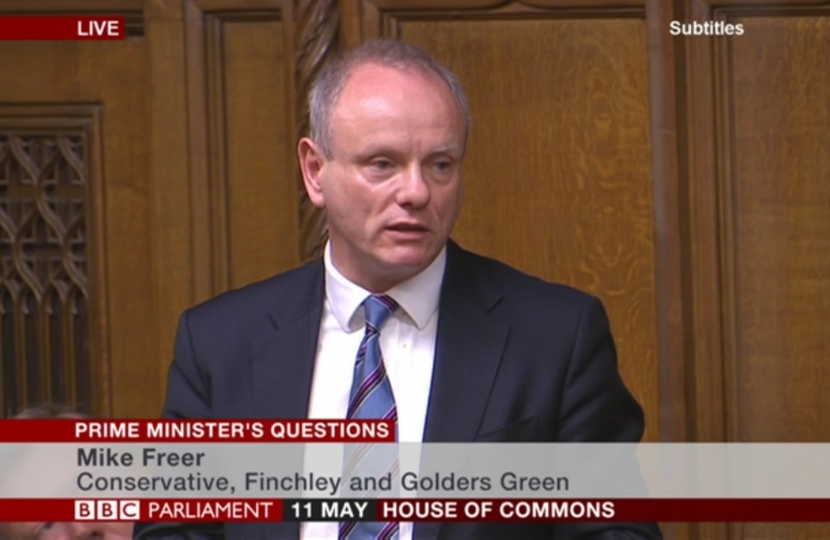 Finchley & Golders Green MP, Mike Freer, raised his concerns with the Prime Minister today about NHS England’s decision to refuse funding for Pre-exposure prophylaxis (PrEP), a course of drugs taken to reduce the risk of contracting the HIV virus.

In response to his question the Prime Minister responded:

“I think it is right that he raises this. My understanding is NHS England are considering their commissioning responsibility. I want them to reach a decision on this quickly – in this month if possible, because there’s no doubt, as he says, there is a rising rate of infection that these treatments can help and make a difference. We are planning trial sites - they’re already underway, we’re investing £2 million to support these over the next two years but he is right to raise this and I’ll make sure he gets the meetings he needs to make progress with it.”

Despite research from separate studies in the UK and France showing PrEP reduced infection rates in gay men by 86 per cent, NHS England shelved their planned consultation on the use of PrEP in March 2016, arguing that it was not their responsibility to commission the drug,

Mr Freer Chairs the All-Party Parliamentary Group on HIV/AIDS, a cross-party group working within Parliament that campaigns on issues relating to the disease.

The APPG works closely with charities such as the Terrence Higgins Trust and STOPAIDS as well as with the Department of Health and Public Health Minister, Jane Ellison MP.