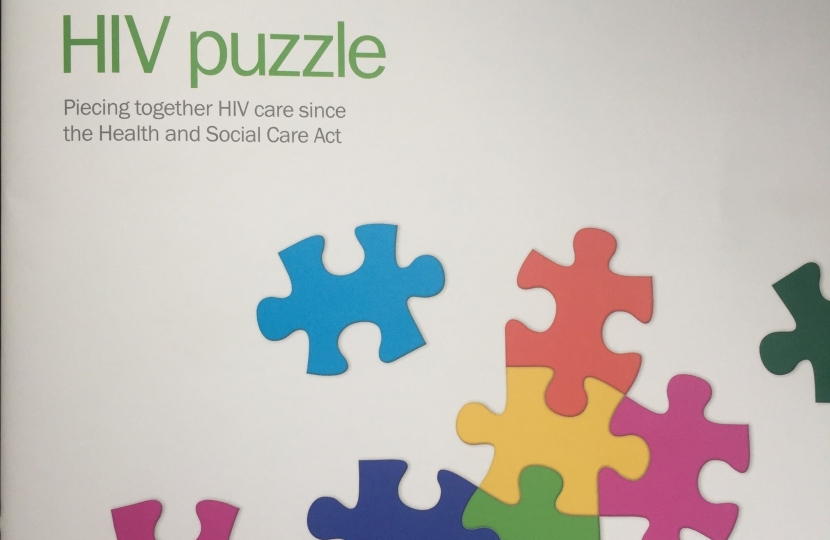 Today, the Minister for Public Health, Nicola Blackwood MP, announced a series of measures including the extension of the public health ring-fence until 2019 in response to the All-Party Parliamentary Group on HIV & AIDS’ report The HIV Puzzle: Piecing together HIV care since the Health and Social Care Act.

Chair of the APPG on HIV & AIDS, Mike Freer MP, held a Westminster Hall Debate today on the APPG’s report The HIV Puzzle on HIV care and treatment.

The aim of the report was to inform the debate around HIV policies and provide insight into the way in which HIV and sexual health services are delivered in England in light of changes to commissioning brought about by the Health & Social Care Act 2012.

The APPG launched its inquiry over a year ago to investigate the impact of the Health & Social Care Act since its implementation in 2012 and as part of its call for evidence heard from people living with HIV, clinicians, advocacy groups, local authorities and public health in Manchester, Wales and Scotland.

Among the recommendations drawn from the evidence provided to the group were calls on the Government to, 1) ensure HIV prevention and testing remain a key part of tackling new infections, 2) clarify commissioning responsibility for HIV support services, 3) Encourage Public Health England to mandate local authorities, CCGs and NHS England to provide clear and consistent advice across all providers, and 4) For NHS England to accept its responsibility to commissioning the anti-HIV drug, pre-exposure prophylaxis.

In response to the debate, the Minister announced that the ring fence around public health budget has now been extended by a further year, from two years to three. The Public Health Minister also recognised that work needed to be done on improving commissioning of HIV services and announced a PHE action plan to support commissioning with pilots to address fragmentation.

Commenting on the debate Mr Freer said: “It really is positive to learn the Government are putting in place a number of measures that had been recommended by the APPG. The announcements made by the Minister today represent significant developments which will be welcomed by the group and many more.”