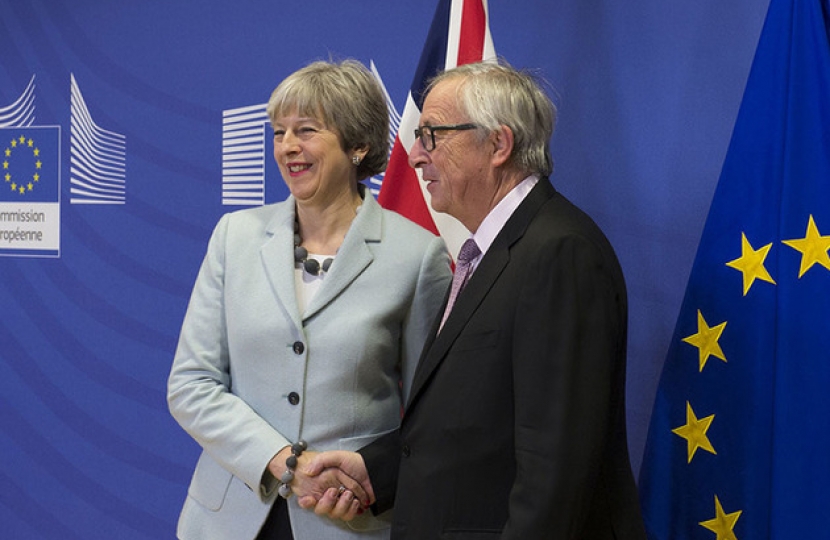 Member of Parliament for Finchley and Golders Green, Mike Freer, has welcomed today's announcement that an agreement has been reached with the European Commission that will secure citizens' rights and mean that trade negotiations can now begin.

The agreement is on three key issues: citizens’ rights (both EU citizens here and UK subjects in other EU countries), Northern Ireland, and the financial settlement.

Commenting, Mike said: "I very much welcome the agreement; I am particularly pleased to see that robust protections for citizens’ rights have been agreed on a reciprocal basis. This means that the agreement will protect both the rights of EU Citizens in the UK and those Britons living in the EU. Reciprocity has been an important element of the negotiations.

"The issue of citizens’ rights has been a particular priority for me, representing as I do many EU nationals. I have discussed this regularly with constituents in recent months and, since the referendum, have raised this matter with senior Ministers, including the Prime Minister. I know it has been high on her agenda, and that of our negotiating team, from the outset. The agreement reached today will mean that EU citizens living here will continue to be able to do so after Brexit and addresses the uncertainty that I know some people have expressed.

"It is a shame that much of the media has been quick to focus on the areas of initial non-agreement, but the joint report clearly shows that the negotiating teams on both sides have been working hard and positively to reach, not just a broad agreement, but one that is nuanced in its wording and deals carefully with the main concerns and issues put forward by both sides."

The UK and EU negotiating teams have published a joint report on progress, which goes point by point through the agreement. The joint report illustrates the very detailed negotiations that have been going on over recent months. The full report can be accessed here: http://bit.ly/2iE3iso