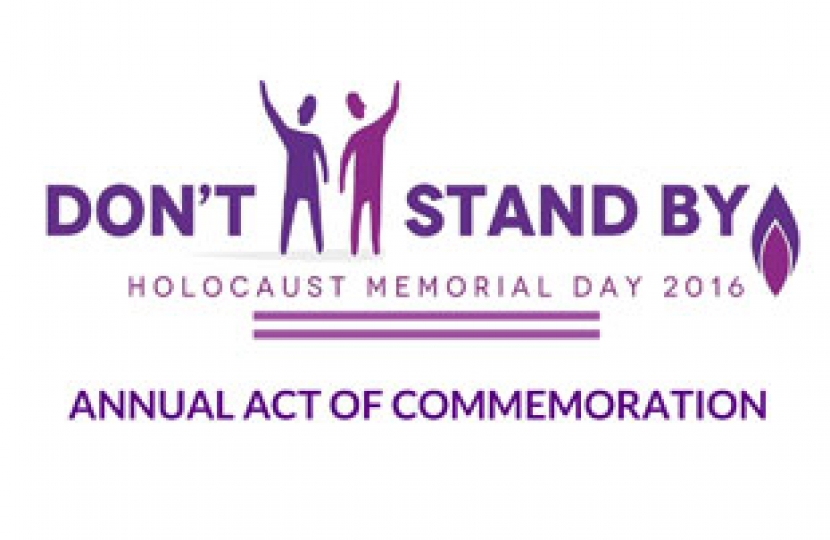 Finchley & Golders Green MP, Mike Freer, welcomes the news, following the Prime Minister’s announcement in the Commons yesterday, that a permanent memorial to the victims of the Holocaust will be built in Westminster to stand alongside the Houses of Parliament.

David Cameron had committed to building a permanent memorial last year, in recognition of the 70th year anniversary of the liberation of Auschwitz concentration camp, the site of the largest mass murder ever to take place.

Commenting on the announcement Mr Freer said, “I welcome the Prime Minister’s announcement yesterday that Britain will finally receive a fitting memorial to the victims of the Holocaust.

“Finchley & Golders Green has the largest population of Jewish people of any of the 650 Westminster constituencies. For that reason, sadly many of my constituents will have had family members or friends directly affected by the Holocaust.

“But not only is this a memorial to the victims of the Holocaust, it is also a memorial to those murdered through genocide and ethnic cleansing in the years before and since.

“Since 1988, the Holocaust Educational Trust have been teaching the young people of this country the history and valuable lessons of the Holocaust. Without the work of the Trust, this memorial may never have been built.”

The message from the Holocaust Memorial Day Trust this year was: 'Don't Stand By'.