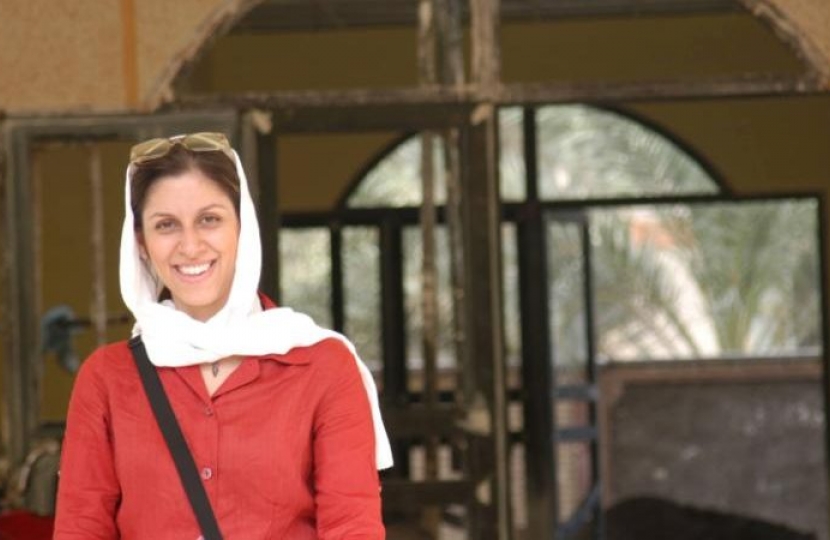 The United Nations’ Working Group on Arbitrary Detention (WGAD) has added its voice to the calls for West Hampstead resident, Nazanin Zaghari, to be released from prison in Iran.

The media storm surrounding the arbitrary imprisonment of Ms Zaghari will be well-known to readers, I am sure.

However, it is hoped the declaration from the UN WGAD will place further pressure on Tehran to release Ms Zaghari as soon as possible.

Unfortunately, as the UN WGAD’s report points out, Ms Zaghari is not the only dual national prisoner to be imprisoned in Iran and this is against the backdrop of so-called improved UK-Iranian relations in recent months.

Following the P5+1 agreement – an international deal reached between the five permanent members of the UN Security Council plus Germany, with Iran – the UK has been working towards opening new diplomatic ties with Tehran.

Rather than making the request for Nazanin’s release more difficult, the Government now possesses leverage over the Iranian regime and should therefore be able to use this in applying pressure on Iranian authorities.

As a supporter of the National Council for Resistance in Iran (NCRI), I am well aware of Iran’s historical indifference towards upholding Human Rights.

It is not clear whether the Foreign Office have explicitly requested for Zaghari’s release, but I for one believe the British Government must stand firm and make an unambiguous request for her release.

Fostering diplomatic ties with Iran is clearly important for our country, but the release of Zaghari is not an issue of what is practical – but what is moral.

Her husband, Richard Ratcliffe, has not seen his daughter for over half a year – the only access available is via video message.

International pundits may claim Iran’s pursuit of nuclear weapons has been stalled for now, but we must not turn a blind eye to the Human Rights abuses reported to be widespread and demonstrated by Zaghari’s illegal imprisonment.

It is clear a weak international stance towards the regime’s use of brutal methods to suppress political opposition has worsened the situation in Iran.

It is time to take decisive steps and send a clear message to the leaders of Iran that persecution without a fair trial – respect for due process or without individuals’ rights being preserved – will not be accepted by the international community.

It is important that when President Rouhani is hailed as a moderate; a man the international community can ‘work with’, we do not blind ourselves from the establishment working behind closed doors in Tehran.