Update on A1000 Cycle Lanes 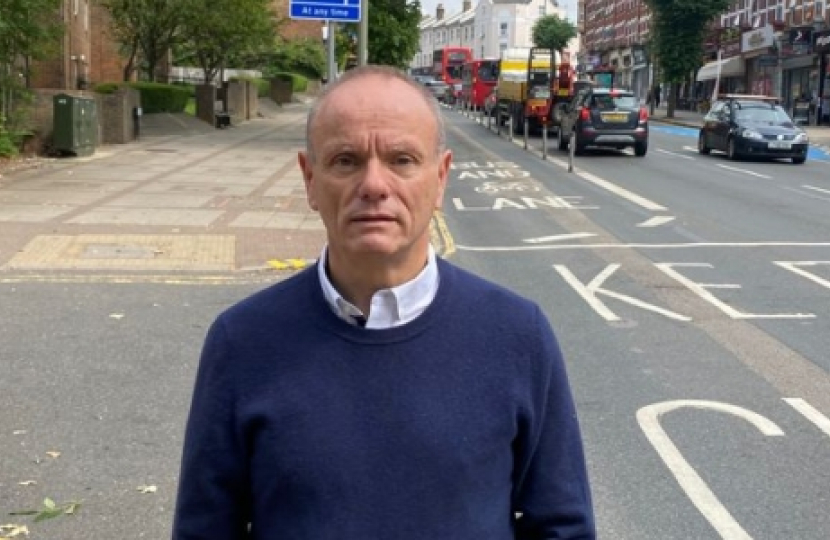 I wanted to take this opportunity to update my constituents on changes to the segregated cycle and bus lanes on the A1000 High Road. I also want to thank the respondents to my Autumn 2021 A1000 survey for their engagement and responses. The comments I received were instrumental in my efforts to press for improvements to the scheme.

In recent weeks, you may have noticed that changes have been implemented under an Emergency Traffic Order (ETO). The segregated cycle lanes on the A1000 have been narrowed and the bus lane removed to revert traffic lanes to pre-cycle lane implementation: one northbound traffic lane and two southbound traffic lanes. This was one of the most common issues raised with me in the responses I received and has already led to a noticeable improvement in traffic flow. I am also pleased that Council Officers have agreed to implement a shared cycleway on the southbound route. This will improve safety and address the issues that were linked with the former, poorly designed segregated lanes.

These improvements will be in place for a minimum of 6 months as part of a statutory consultation period lasting until 12 August 2022. You can find a full list of the changes being introduced during the ETO period below.

The new proposals for the A1000 Cycle Scheme

Location: Between Summers Lane and Squires Lane (near Finchley Lido)

Depending on the outcome of the consultation, the Council will then decide whether to retain the measures permanently, with or without further modifications. For that reason, I encourage you to respond to the consultation via the online consultation page, here: https://engage.barnet.gov.uk/a1000-experimental-cycle-route-enhancement#:~:text=In%20late%202020%2C%20the%20council,19%20impacts%20on%20public%20transport.

I trust that the significant improvements we have been able to secure will be welcome to road users in our constituency.