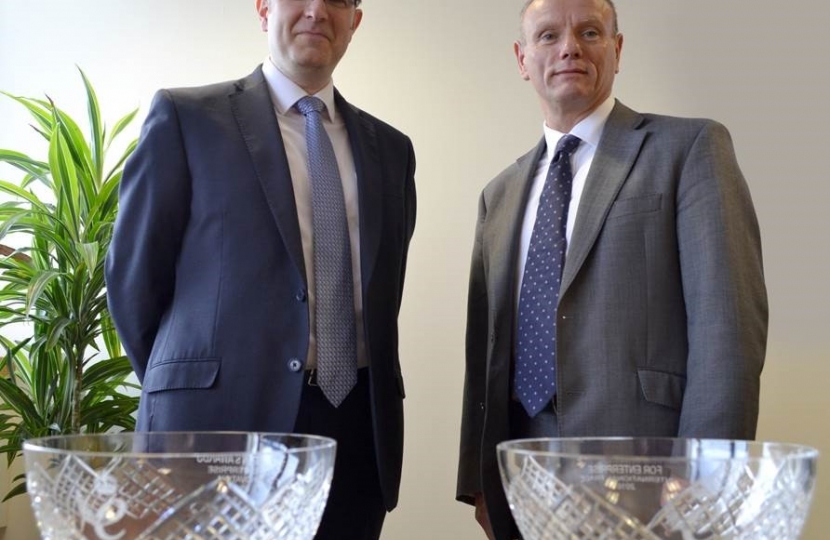 I began the week by organising a tour of the Houses of Parliament for Childs Hill school council. This is such an amazing opportunity for school children to see such an iconic and impressive building.

On Tuesday evening I was privileged to attend The National Federation of Cypriots (UK) annual parliamentary lobby event. With the renewed prospects for a solution this year's event was crucial, to ensure that Cyprus remains on the parliamentary agenda. The National Federation of Cypriots supports the Cypriot people and their government in their efforts to reunify their island through a lasting and just settlement of the long-standing Cyprus issue.

On Wednesday I attended the APPG on HIV/AIDS AGM followed by a roundtable discussion on the HIV High Level Meeting. The round table discussion engaged with UNAIDS Director Michel Sibide and Global Fund Director Mark Dybul. Here we discussed the possible outcomes of the HIV High Level Meeting which is taking place in New York the week commencing 18 July.

On Thursday afternoon I was privileged to have been invited to open the Summer Fete at Childs Hill School.  Later in the day I Attended a Prize Giving event at Bishop Douglass School.

On Friday I attended a meeting with members of Vision RT. This was before the company was presented with two Queen’s Awards, presented by Leslie Morgan, deputy lieutenant of the Greater London Lieutenancy, one for Innovation and the other International Trade to Vision RT.

Vision RT is a not only a success story for Finchley, it is an international success story. It has developed a system that not only gives patients receiving radiation therapy a more comfortable and safer experience, but also helps the clinical practitioners providing the therapy. The company is now established, profitable and growing rapidly and is recognised as the leader in the rapidly growing market enabling Surface Guided Radiation Therapy.

At the end of the working week I held one of my surgeries my Constituency Office, giving my constituents the opportunity to raise any issues with me face to face.

At the end of the week I appeared on the BBC’s Sunday Politics show. Here I was joined by Guardian journalist Rachel Shabi, where we discussed the current state of the Labour Party, the make-up of the Prime Minister’s new Cabinet and the possibility of airport expansion.

I ended the week by attending a garden fete in aid of St Stephens House and Gardens. This was a charming event where all who attend had an enjoyable time.