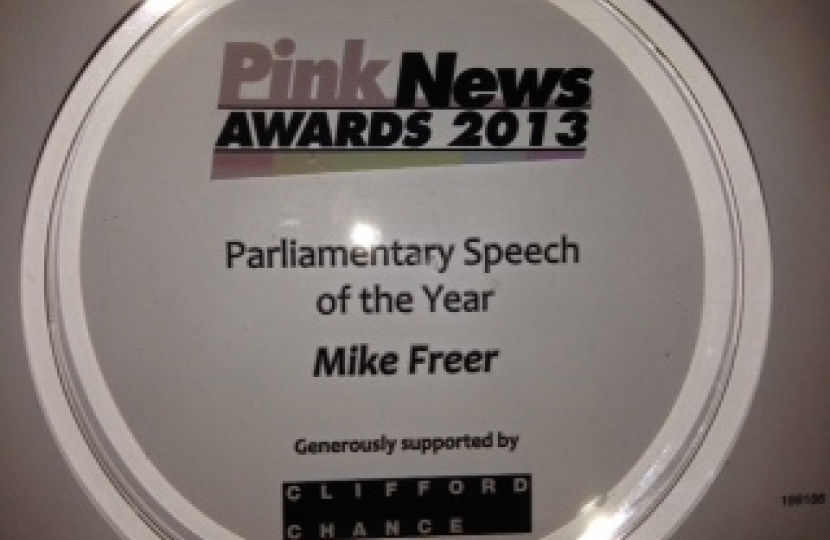 The week kicked off with a meeting I organised with the Charity Commission to discuss the Old Barn in East Finchley. Residents have expressed concern that the Old Barn is not being used as a community centre for which it was intended. This is a complex issue which will require further work going forward. Later I met with the Holocaust Memorial Day Trust to run though their finances and business for the year. The day concluded with a supper club in Finchley with the excellent Robert Halfon MP who is originally from the Garden Suburb!

I also had the pleasure of welcoming two constituents to Parliament who enjoyed a tour of the Commons. I subsequently met with His Excellency Daniel Taub, the Israeli Ambassador to the UK, in honour of Yad Vashem, the memorial to Jewish victims of the Holocaust. I then held another meeting with the Holocaust Memorial Day Trust that afternoon. That evening, I was delighted to attend the Pink News Awards and especially delighted to receive the award for Parliamentary Speech of the Year.  Readers can view my speech by Clicking Here.

A  number of constituent have contacted me regarding mis-sold financial products, in particular mis-sold rate swaps. These are complex financial products which were forced upon customers, and were not appropriate for small investors. The mis-selling was illegal and consumers should be properly compensated, as has been the case with Payment Protection Insurance (PPI). The issue has been championed by Welsh MP, Guto Bebb, who has put pressure on Ministers to tackle the issue. Financial regulators will now be seeing if there are ways to speed up the process of redressing those mis-sold financial products.

On Thursday as part of my new role as Parliamentary Private Secretary to Eric Pickles, Secretary of State for Communities and Local Government, I attended a long debate on planning and housing supply.

Friday, as is customary, was spent at my constituency office. I held one of my regular surgeries and met many constituents. I then headed to Stokes Court in East Finchley to meet the residents association and discuss any concerns they may have. On Friday evening I attended prayers at St Mary’s School as part of Diwali celebrations. I hope that all my Hindu constituents are enjoying celebrations!